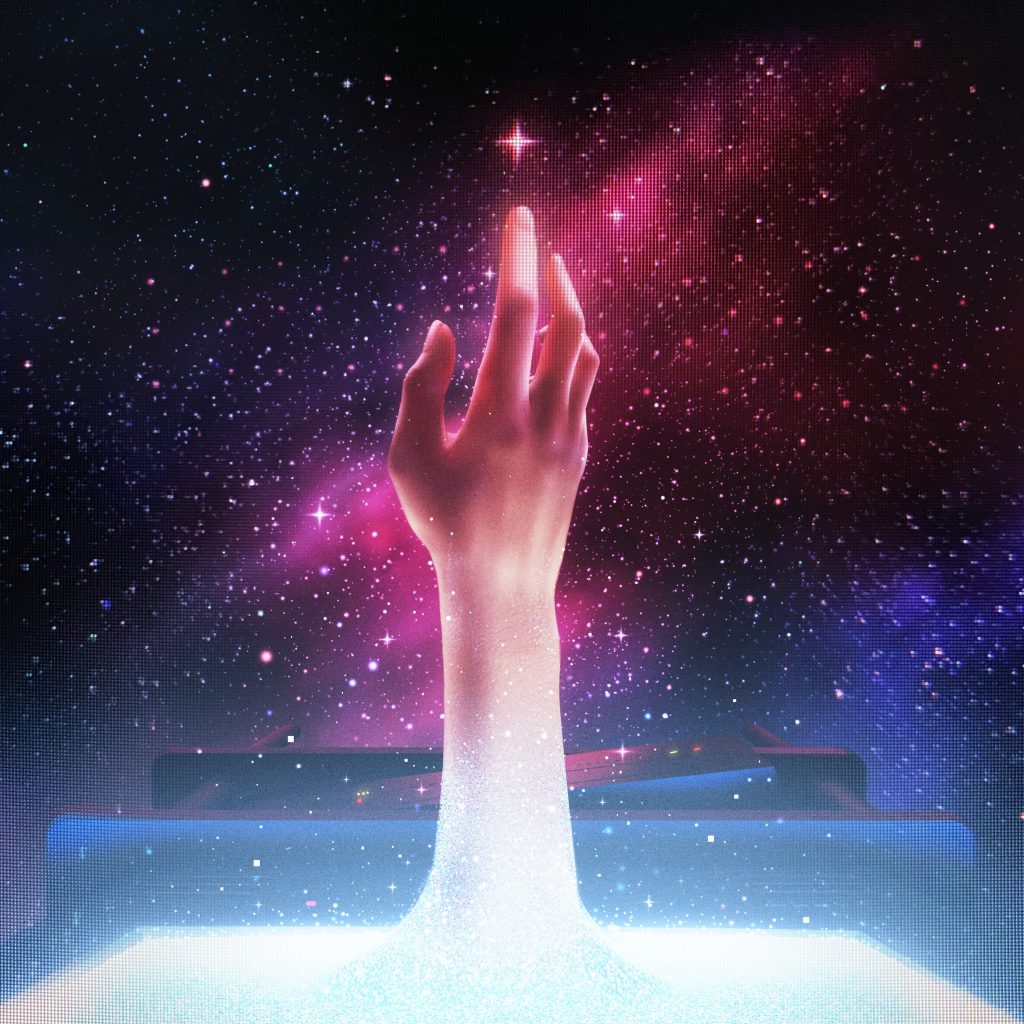 The Midnight is excited to release their transcendent new single “Avalanche” now– the third from the band’s forthcoming new studio album ‘Heroes’ – due out September 9th on Counter Records. Started by Southern-born singer-songwriter Tyler Lyle and Danish-bred drummer and producer Tim McEwan, The Midnight is rounded out by Lelia Broussard on bass, Royce Whittaker on guitar, and Justin Klunk on saxophone and synth. The expanded line-up has given the band the ability to grow way beyond their synth-heavy beginnings and create music that showcases their ability to write soaring and emotive songs with arena rock chords and infectious pop hooks.

“Avalanche” follows last month’s single “Heartbeat,” a rousing and electrifying track that was preceded by “Change Your Heart or Die” – a propulsive guitar-laden song released in April following the band’s massive sold-out Spring US tour. This latest run had the band playing mostly 1k-capacity+ clubs including stops at Brooklyn Steel, The Wiltern, 9:30 Club, First Avenue, Royale, Majestic Theatre, and more. Their Spring 2022 tour also saw The Midnight heading over to the UK where they sold out London’s Brixton Academy, playing to 5k fans. The band has already announced a fall 2022 tour that will follow the September 9th release of ‘Heroes’ – kicking things off at the Music Midtown Festival in Atlanta where they’ll play alongside My Chemical Romance, Mitski, 100 Gecs, Marc Rebillet, Turnstile and more and wrapping in Austin at this year’s Austin City Limits Festival whose lineup includes Phoenix, James Blake, Flume, and Sofi Tukker. The nearly two-month run also includes an October 2nd play at the Hollywood Palladium, the band’s biggest Los Angeles show to date.

‘Heroes’ is The Midnight’s fourth full-length studio album and was produced by McEwan and mixed by Ingmar Carlson (Tate McCrae, Disclosure, Carly Rae Jepsen). Written during the isolation of COVID quarantine, ‘Heroes’ faces the feeling of being alone by inviting the whole world to dance under one roof. It’s an album that celebrates the connected nature of man, the way we overcome loss by coming together under one sky and howling at the moon; drinking, hugging, laughing and singing songs at the top of our lungs. The songs on the LP combine Tyler’s all-American dreamer tales seamlessly with Tim’s cinematic soundscapes. These are big, bold and memorable songs about togetherness and trials won by love.