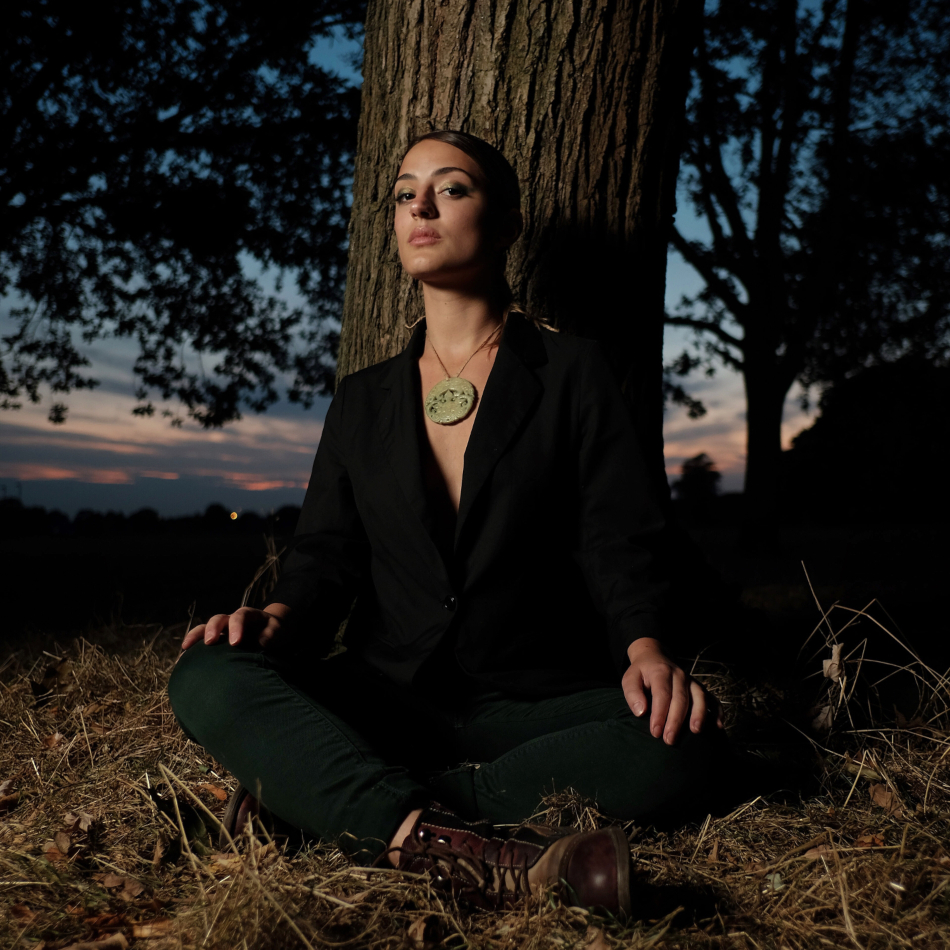 Italian born Jazz and soul singer-songwriter Lisabel has shared her wholesome single ‘A Work of Art’, which premiered via XS Noize. The track will feature on her upcoming album of the same name, A Work of Art. Thus far the songstress has recieved support for the single from publications like Le Future Wave, comeherefloyd, Talk About Pop Music, as well as receiving airplay from Pheonix FM’s Bob Simpson. Lisabel joined a London choir at a young age after realizing her passion for singing.  Years later, she would enroll in tertiary studies for music theory at BIMM London and Berklee College of Music.

We find out more about the ‘A Work of Art’ singer below.

I’d say that amongst last year’s highlights there were some very nice gigs I had the chance to play, for example at The Spice of Life in Soho and more recently at Pizza Express Jazz Club in Chelsea. Although, finishing off my debut album and preparing to release it was definitely the number one highlight of the year!

What makes you proud of your new song ‘A Work of Art’?

Even before considering the final product that the song is now, what makes me proud the most about ‘A Work of Art’ is having captured the feelings of falling in love. From now on I’ll always have this song to bring me back to those powerful emotions! Musically speaking I’m very proud of the sound that we have created, the neo-soul verses and the 80s ballad sound in the chorus get me all the time! That’s Nikola’s touch and I couldn’t be happier with it!

Is the theme of the song ‘A Work of Art’ carried throughout the entire album?

‘A Work of Art’ was the first song I wrote for what then became the album, the most common theme is definitely love, but it’s not always represented in the most predictable way. There are songs that talk about love but lead the listener to think they talk about something completely different! I had fun playing around with metaphors and symbols of objects, feelings, colours, and ideas that have moved me and are special to me, even though ultimately the album is a dedication to love!

I still haven’t found the ultimate description for my sound but I’ll try. To be honest, I love all music but the genre I’ve listened to the most recently is the new wave of jazz and soul meets pop meets blues! In my songwriting, I tend to mix everything together so my debut album’s sound might be described as: “Contemporary soul influenced by jazz vocabulary then wrapped in a modern production”. The themes of the songs have also affected my sound, a lot of my songs talk about the power of nature and my producer Nikola Kovačević and I worked towards reflecting that into the sound as well as the narrative. My song ‘Salamander Souls’ is an example of that. I definitely owe the final sound to Nikola who has served the music respecting and enhancing the songwriting. Check him out at ‘Brother Sun Sister Moon Productions’

I remember loving Alicia Keys, my mum had her album Songs in A Minor and I used to sing along in the car all the time. I also really loved Etta James, Aretha Franklin, Whitney Houston, and the early 2000s Contemporary R&B artists. I have a vivid memory of a compilation of songs that Ella Fitzgerald and Louis Armstrong recorded back in the day! I was intrigued by it as a child but I started loving jazz when I was a little older!

There are no steps in my songwriting, actually, each song I write takes me to a new journey. I have started to believe that I don’t create songs but instead songs find me, I accept them for what they are and work on them! Sometimes I have written entire songs in one go and other times I get an idea that I really like, I record it immediately and continue working on it on another day. The storytelling is definitely my main focus, without knowing what I want to talk about it’s uncommon for me to start writing the music.

I’d say the genuine positive comments that people have shared with me! When doing music or any other form of art, it’s difficult to be understood for exactly who you are so when that happens it feels like I must have created something that has truly mirrored a part of my soul, I think that’s beautiful and very satisfying!

I’d feature my friends’ music that needs to be heard and shared all over the world, and generally speaking, I’d play the music I love that hasn’t got enough credit for being amazing!

Well, my debut album A Work of Art is coming out on May 5th, that’s the event of the year in my world! I’m supposed to be playing at Beach Dreams Festival in June. Let’s hope it will still be happening!

You are a work of art.