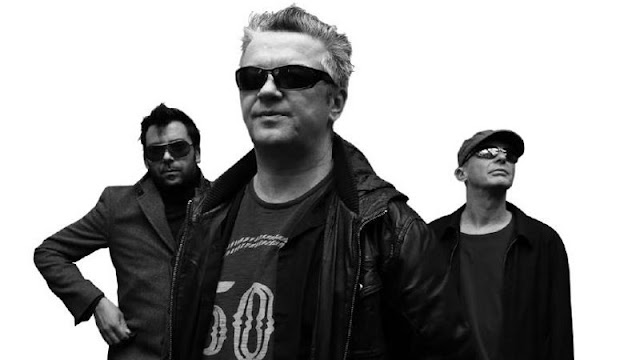 We caught up with frontman Ivor Lynch to hear his thoughts on drinking Jack to a Ramones album, and Western culture’s “X-Factoresque Bolloxology”.
Hi there. How are you and what are you up to today?
Yeah, not too bad, thanks. Not up to much as it’s a cold Monday in Dublin, so I thought I’d give this thing a go.
To those not familiar with you, how would you describe your sound?
We describe our sound as “The New York Dolls on a night out with the Ramones – on their way to a Stooges gig.” It’s based in rock ‘n roll, with a driven pop ethic and a don’t care attitude. It’s fast, it’s catchy, it’s loud, proud and dirty.
What are the 5 albums that have influenced you the most?
The first one is actually two albums, The New York Dolls’ first two albums, New York Dolls and Too Much Too Soon. These albums unexpectedly defined a sound which drew from rock ‘n roll, but gave it a different attitude, the attitude which later would define punk, and that white Les Paul Custom tone later crossed the Atlantic to define the sound of the then-emerging Sex Pistols.
Second would be Ramones’ It’s Alive. Although allegedly heavily over-dubbed in the studio, this double live album captures the sound of the Ramones at the height of their game, at the break neck speed that the band worked at live. Great with a bottle of Jack!
Third would be the Velvet Underground’s second album White Light /White Heat, released in 1968. This album helped push music in the direction of punk, with it’s live in studio raw sound, a definite reaction to the Andy Warhol-produced first offering The Velvet Underground & Nico.  Experimenting with feedback, insanely driven guitars and relentless riffs, I would see this album as a real door-opener.
Fourth would be the godfather himself, Iggy Pop, with Instinct. Although I’m a huge fan of The Stooges years, Instinct just has something special for me. I got to see Iggy tour this album with Steve Jones on that white Les Paul Custom that he is caretaker of.  Crowd surfin’ and stage invasions, that gig rocked. This album rocks!
And finally, The Damned’s Damned Damned Damned. There are a few reasons. Firstly, the songwriting is way ahead of its time. Combos of sneaky key changes, dynamic shifts, flowery intros and middle eights that don’t belong there – but work. Secondly, there’s a sense of theatrics there that’s driven by the positive/negative energy between Vanian, Sensible and Scabies. They clearly love hating each other.
Which other artists are you into at the moment and why?
At the moment I’m listening to Leonard Cohen’s Do You Want It Darker– what a swansong! The Slits (Typical Girls To Get Me Going) and Mazzy Star (She Hangs Brightly) to calm me down.
Are there any key pieces of equipment that you are using to define your sound?
The album is defiantly defined by my Gibson SG, although there are a few other guitars on the album. The SG was my go-to, it makes a great sound. Another aspect that defines the album sound is the strong use of a double vocal, even to the point of becoming two main vocals. This is a big feature of our live shows and is a major consideration when it comes to our songwriting.

What would you say some of the challenges artists face today in the music industry?
Getting heard over all the noise is a huge problem. When I say noise I mean “X-Factoresque Bolloxology” that has insidiously swept over Western culture like a Trump stench.
Where do you gather song-writing inspiration?
Life! And what I see going on around me. I write about real-life situations. For the album I came up with the idea of telling these stories through the ideal of a B Movie, getting to the point of what I’m saying through the lives of caricatures. In tough situations, having that movie scope opens a lot of potential for the song.
Take us through your songwriting process. Are there any particular steps you take when putting your music together?
The songs come (most of the time) from vocal ideas that start running around. When it becomes a verse and then a chorus of ideas, I might get the guitar involved and define the chord structure from the vocal. But to be honest, a lot of the time I build the full song in my head well before any instrument gets involved.
What’s the best gig you have ever done and why?
Best gig was definitely being on the bill with Richie Ramone in Dublin. Two reasons – firstly the energy levels in the room were cranked up to 11, and secondly because I found €50 down the back of a couch in the smoking area!
And the worst?
There is no such thing a bad gig, you learn from every one of them.
If you weren’t a musician what would you be?
I have a long history in the sound production side of things, so would probably be doing that full time.
If you could perform alongside any other band or artist, living or dead, who would it be?
Iggy Pop! Without a doubt. I’ve seen him play many times over the years and there is an excitement in the audience that I have never experienced at any other gig. Everyone knows what they’re going to get and they’re up for it. Now that’s an audience I’d like to play for.
Do you have any particular gigs or festivals that you dream about playing?
I’d love to play the Beethoven Fest in Bonn – but that’s not going to happen anytime soon!
Do you have any information regarding upcoming releases, projects or gigs in the pipeline that you would like to tell us about?
Really excited about the Rebellion mini-festival in Dublin this year – put on by the same guys who do rebellion in Blackpool – so it’s a good sign that things are moving in the right direction for independent music in Ireland.
The Black Pitts’s blistering B Movie Extra is out now and available on BandCamp 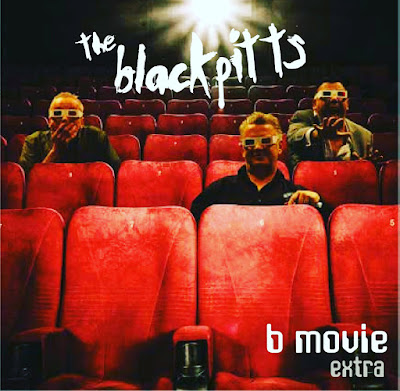