Sextile releases anarchic video for ‘Ripped’ ahead of tour 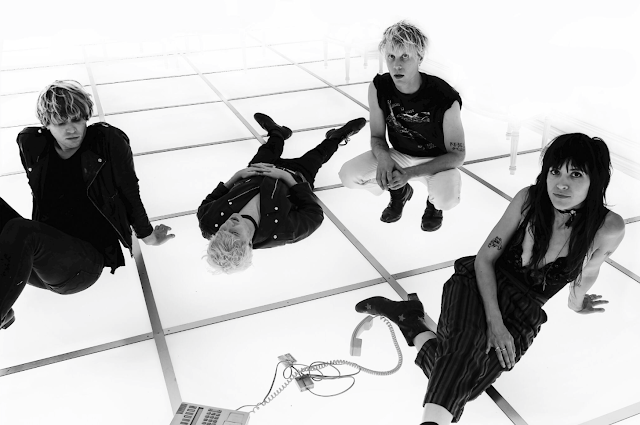 Los Angeles punk-rock /EBM band Sextile have released a new video to accompany their track ‘Ripped’ ahead of plans for an extensive UK and European tour starting in January 2018.

The rockers have been a stable fixture in the LA Underground scene, and have gained a devout following since forming in 2015.  ‘Ripped’ is the third track lifted off their second album Albeit Living –  a youthful yet destructive song that embraces both chaos and innocence, displaying both the raw energy of 70’s punk rock and the intricate complex rhythms and structural elements of 80’s synth-wave.

This is a reflection of the name Sextile – classically used in astrology when two planets are exactly 60 degrees apart. The powers involved cooperate smoothly, encouraging and inspiring one another, ensuring that both sides of the Sextile gain by the aspect between them. A mutual stimulation that is both harmonious and creative.

The heavily anarchic tones of the video, which was directed, edited and filmed by Sextile’s own vocalist and guitarist Brady Keehn reflects the destructive nature of youth, and was shot at the 14th Factory art space in LA, where Brady worked till its recent closing. The images feature urban decay and the destructive vandalism that celebrate an angry yet almost whimsically apathetic desire of the millennial generation to leave their mark on a world that is crumbling around them.
By embracing the unconventional, Albeit Living reflects introspective yet impassioned observations on youth and rebellion in today’s society.  “Ripped is a youthful, yet destructive song and I wanted to convey that visually. Innocence and chaos. Kind of what we’re born into” says Keehn.

Albeit Living is now available here.