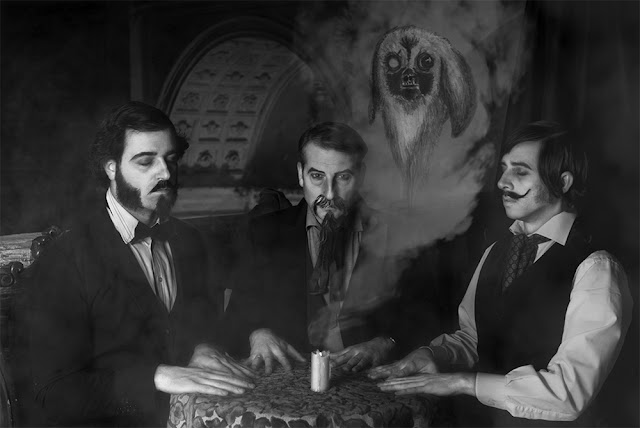 Spanish psychedelic blues band, Guadalupe Plata, are releasing their new eponymous album on 2 June 2017, and will be touring the UK throughout the month of June.

The first single off their album is Qué He Sacado Con Quererte (Violeta Parra), which is Spanish for ‘what have I gained from loving you?’ Violeta Parra was a Chilean musician, who is considered as the Mother of Latin Folk Music. The song incorporates aspects of folk which Parra pioneered, and is a tribute to her legacy, as 2017 marks the 50 year anniversary of her passing.

The track will make you think of the soundtracks from cowboy films, at the moment when the main character walks into the saloon. However, Guadalupe Plata’s South American influence stays in tact lyrically -and stylistically, with flamenco elements also being present. The lyrics make reference to witchcraft, hell itself and darkness. This is reflected in the music video which is a series of images; including a witch, cult followers and a possessed women taking part in traditional Spanish dancing.

In all of their music, Guadalupe Plata have stayed faithful to the musical style of their debut in 2008 with their self-titled EP. Therefore, there is a strong possibility that their upcoming album  will be just as good, if not better, than their previous work.