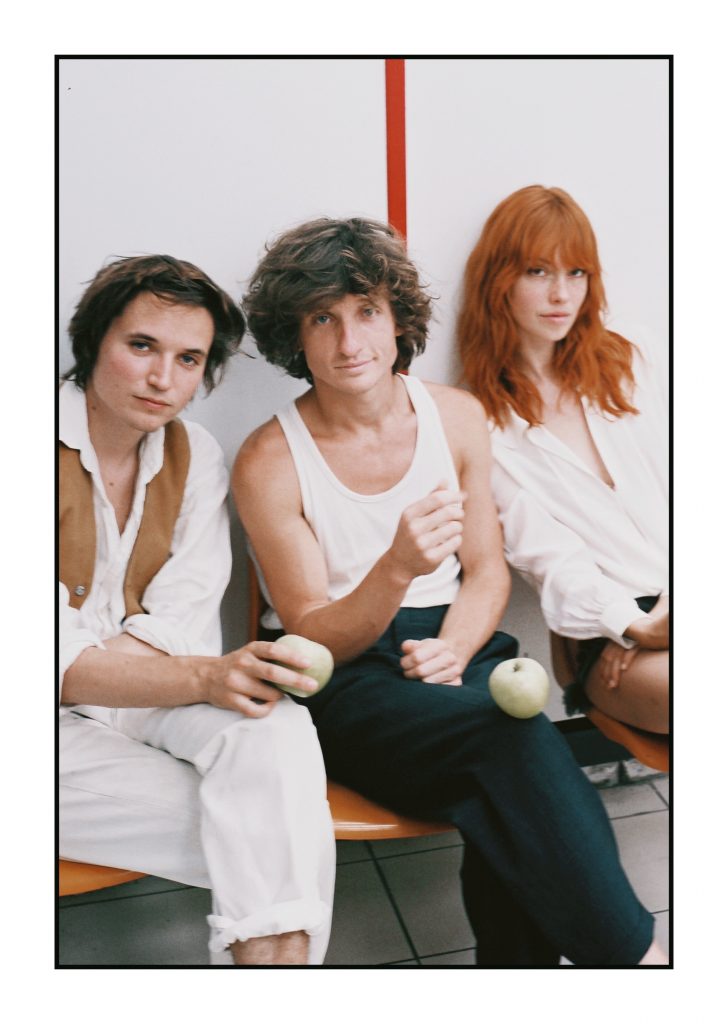 After Premiering with Matt Wilkinson on Apple Radio, Parisian trio Oracle Sisters have shared ‘The Dandelion’, their new single and first taste of upcoming EP, Paris II. The accompanying video, directed by Celia Marie and lead guitarist Lewis Lazar, is shot on double 8mm and takes the viewer through the personification of Paris. With the band as your beatnik tour guides, the video explores the gothic moods and noire spirit of the city.

Over the past twelve months, Oracle Sisters have built up a loyal and global following, blurring the lines between music and visual arts. Support for their music has come from NME, The Line Of Best Fit, W Magazine, Vanity Fair, Beats1, COLORS, BBC 6 Music, and more. This culminated in the critically acclaimed release of Paris I, mid-way through 2020.

Now, Oracle Sisters turn their attention to its sequel, their next EP Paris II (due for release Spring 2021) with ‘The Dandelion’ the first taste of this new music. The track continues Oracle Sisters‘ journey as musical auteurs that combine elements of rock, psychedelia, soul & disco into a sound that is truly their own. Speaking on the track, the band say, “the song is inspired by Chet Baker’s singing with a sort of disco backbeat behind it.” Oracle Sisters’ influences are broad but also unconventional, and it’s this ability to dip into every musical style that sets them apart from their contemporaries.

With members hailing from across Europe, the band are uninhibited in their influences, finding inspiration within the art, cinema, philosophy, and music of the world over; resulting in a sound that is both sonically sophisticated and warmly familiar. Lyrically, they explore timeless narratives of love, mysticism and spirituality, scattered with intriguing insights into their own personal lives and experiences resulting in songs that are cryptic yet paradoxically familiar.

Oracle Sisters have been working hard in Greece currently finishing off their debut album. Along the road, they’ve also played impromptu shows on the island of Hydra with friends from The Murder Capital & Fontaines D.C capturing the troubadour spirit of the band.

‘The Dandelion’ is out now via 22TWENTY, taken from the upcoming EP Paris II