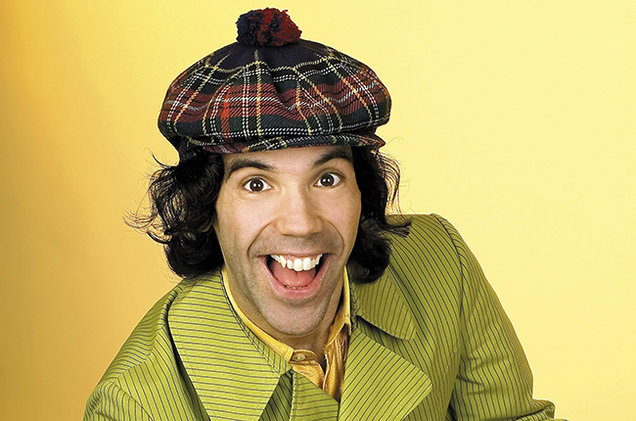 Clownish Vancouver group The Evaporators, fronted by Nardwuar The Human Serviette, have released their Ogopogo Punk for streaming on Spotify.

This takes The Evaporators’ number of studio recordings up to seven since forming in the 80s.

The ridiculous appeal of a if you’re looking for very unserious garage punk about hair and food look no further. The video for lead single “I Can’t Be Shaved!” has also been released, featuring the (reluctant?) endorsement of Drake and the Insane Clown Posse during the video intro and outro.

Minnesota rapper Brother Ali also chips in with a track on the record.

“I’ve had the pleasure of being interviewed and featured in some of the most incredible publications but the most entertaining and interesting interview I’ve ever had was with the one and only Nardwuar,” says Ali. “During our interview he gave me the original program to a Muhammad Ali exhibition fight in Vancouver and several records. First thing I did when I got home from the tour was listen through the records and make a beat from one of them. I ended up recording this song. Doot doola doot doo…”

Take a look at the ridiculousness of “I Can’t Be Shaved” below.