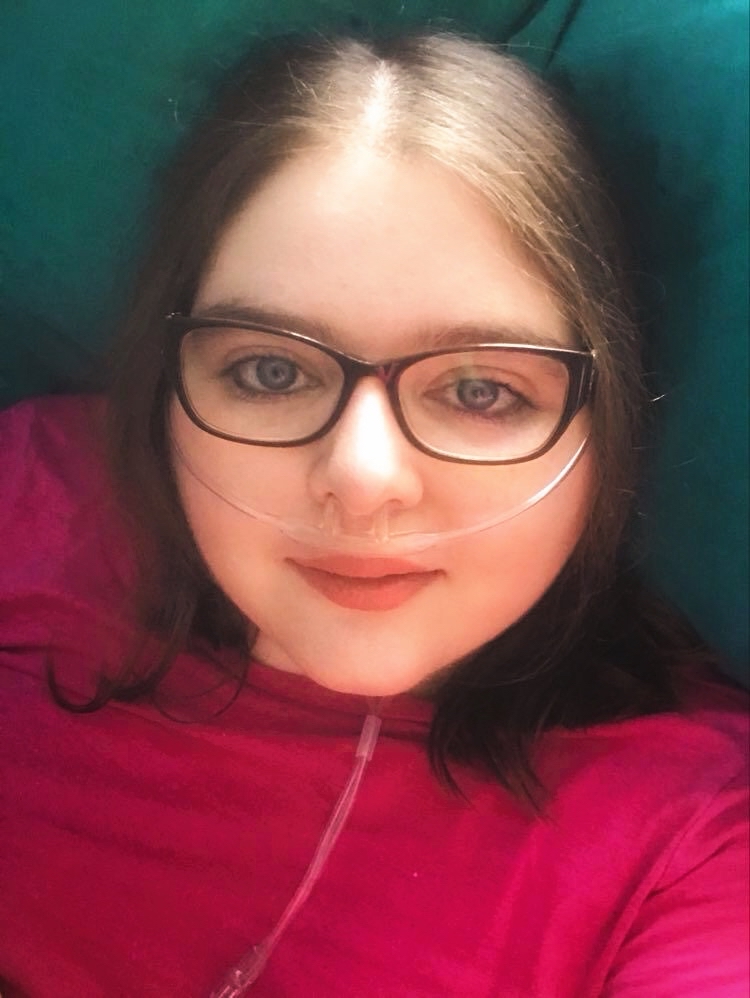 Interview with Kara Jane, a spirited young artist raising awareness and funds for the ME Association

Kara Jane Spencer was a healthy and active young woman, described by her family and loved ones as “loud, crazy, and always laughing.” The 29-year-old from Derbyshire was diagnosed with ME (myalgic encephalomyelitis) 13 years ago, at the tender age of 16, after suddenly losing the ability to walk. Her condition steadily deteriorated until she became bedridden seven years ago. Due to the wide range of symptoms and side effects that come with having ME, she is frequently admitted to hospital with serious infections and, a few years ago, doctors gave her warning that her life expectancy could be very limited as a result of her life-changing diagnosis. Despite her life being totally transformed by ME, Kara won’t allow it to tarnish her spirit. From a place of suffering and despair, her music & upcoming album. “It’s Still Me”, was born; a passion for writing and creating was ignited through the hardships she’s experienced.

“It’s Still M.E” goes above and beyond the meaning of powerful. It has reached number one album on Amazon, outselling top acts such as Taylor Swift, and has also been the number one singer-songwriter album on iTunes.

Kara is aiming to raise £100,000 to support the ME Association (charity number: 801279) in order to help them reach their goal of establishing a post mortem research facility for those who die with or from ME. The money raised from “It’s Still M.E” will go to the ME Association’s Ramsay Research Fund.

Please tell everyone you know about it and help Kara achieve something truly amazing for everyone with ME.

I loved music from a very early age, my dad was into his music and he liked to listen to the likes of Billy Joel Elton John, Queen, toto, and there were a lot of political influences in there as well, and I learnt of music being used as a political medium, from a very early age, I knew music could carry politics and, just a really great story could be told through music.

Yes, I had a good musical education from Dad. And then from Mum, she liked and bold singers like Whitney Houston and Kate Bush and Gloria Estefan she used to love the old woman collections, she used to like right from Shakespeare sisters right the way through to the Spice Girls so she had an incredibly varied collection. So between the two of them, I had a fairly eclectic mix. As a teenager then began to expand that eclectic mix to my own collection.

I love a good story. As artists we are storytellers, and you have to find a way of getting a story across creatively with the best possible means of interest in whoever will be listening. But as much as you bear your audience in mind, it has to be genuine and true to you so for the beginning I have to zone out on everyone else and everything else and just go back to the story and let the story influence the music.

What are some of your key musical influences?

I love Bears Den, Bon Iver, Daughter, London Grammar, Florence and the Machine.  I have a soft spot for Hozier.  I also like Agnes Obel, and Angus &amp; Julia Stone.  Three Laws are also excellent.

I always say I don’t write the songs, the songs come and demand to be written. They will just come to me at any point in time, whether I am thinking of something totally abstract, and I will just feel the emotion of the song first, and the emotion influences in the melody and then I will begin to write the lyrics. Sometimes songs take a bit of work and sometimes the melody comes first which I record on my voice recorder. And then when the song and lyrics come, I just find the melody and find they fit together.

So some songs can take months, and some songs can come within five minutes and be fully a cappella written ready to be moulded by people who play musical instruments, and the lyrics and melody will be completed.

Tell us about your year thus far?

My year thus far has been a pretty weird one as it has been for everyone with COVID in the season. It has come with the usual hospital visits I think we’re up to the fifth or sixth one now this year. But that is the norm now. However when it came to ME awareness week in May, my friend Naomi posted a blog asking for musicians to help me, as I was feeling rather despondent as if my album would never happen, and I had even had thoughts of giving up on it altogether. But she posted and then there was hope, and then Gavin Bevis posted on BBC and I wasn’t just hopeful, I was absolutely overwhelmed it was a storm of emails none that I could keep up with but absolutely incredible and amazing at the same time.

Then working with Liam as the main producer has been an absolute dream of an experience. It’s as if he intuitively understands the songs, and I share with him where the songs have come from and what heart the song resides in. He also asks for who I like as my favourite artists, and if there is one song that summarised what I would love from mine what would it be? Sometimes there are definite ones, sometimes there are none at all and we’ve just had to figure it out.

Then there has been the release of ‘Baby Breathe’, my single, and the finalisation of the album, which is incredible, to listen to an album when it has just come back from mastering and realise that that is actually mine and me singing is a feeling I cannot describe other than pure relief and satisfaction that you’ve finally done it. Then to releasing ‘Baby Breathe’ the other day wow, that was an incredible experience 500 views in 24 hours, and then all of the outgoings on Twitter, it has been absolutely amazing and I know it’s just the start because in the week is going to be much more going on in the build-up to the release of the album next Saturday.

It has been one heck of a rollercoaster ride, but I’ve loved being on, and I pray that we can go on further and further. And maybe, who knows maybe there’s another one in me and I can do it all over again!

Tell us one interesting fact about yourself that no-one would expect.

I’m not sure whether anyone would not expect it from me, but I am a Christian and I do have faith in God and I have a very deep faith and some of that translates into my songs even though I don’t think very overtly, but if there’s one thing that what people want to know about me I would want them to know that.

What do you consider your biggest achievement so far?

They are all achievements for anyone with this condition and I hold them dear to my heart, and I do not take them for granted. I am proud of all of that.

What would you like to achieve with your music?

With my music, I would really like to achieve a point in time by which someone can listen to a song and have an affinity with it and there’s a connection with it and understand the way that it was written and the feeling that is behind the song, and have an experience of the emotions that I was experiencing whilst writing the song. I want someone to be affected and moved by the music in a way that helps them to deal with whatever situation they are dealing with in life.

That is one way I want to achieve with my music, the second which is a very more concrete thing, is I want to raise £100,000 for the ME Association so that they can Carry out their post-mortem research, which is helping the severest of the severe affected by this disease, those that die.

In the near future, you can expect the entire album on Saturday the eighth of August. I hope you all will hear from me more in the news or on the radio after that. After that, I’m not sure what you will hear from me, but one thing I can promise, I will always do something unexpected, so keep your eyes peeled.

Any closing words to leave with your fans?

By buying this music you are funding directly medical research into this condition which is so underrated and underfunded, you are basically raising funds that may in the future save lives or at least improve them. So thank you very much indeed, and I really pray and hope that you like what you hear bless you for wanting to support my cause and thank you once again.

Find out more about The ME Association

Read about the condition ME