Interview || Catching up with Sunflowers ahead of Endless Daze Festival 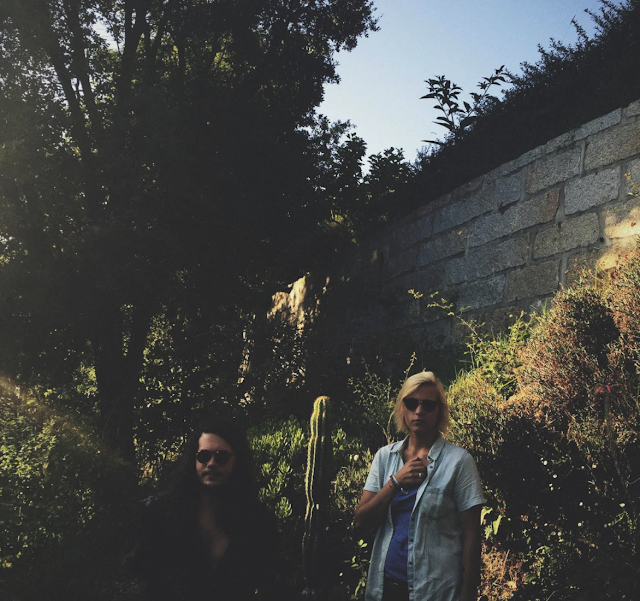 Sunflowers will be  bringing their “tongue twisting, teeth shattering, seizure inducing psych punk” to South Africa’s Endless Daze Festival. The Portugal-based band are renowned for their high-energy, and have shared stages with with Oh Sees, Moon Duo, Black Lips, La Femme, The Blind Shake and  Tomorrow’s Tulip.  They’ve announced plans to release their sophomore EP Castle Spell in 2018, followed by a European Tour in November and December.
We caught up with the busy duo in anticipation of Endless Daze…
For anyone unfamiliar with the Sunflowers’ hypnotic ferocity, could you give us some insight into how the band was formed?
The band was formed in 2014, when a previous third member called and said he wasn’t showing up and that he quit the band. We were kind of bummed and started jamming for like, two hours and decided to go on as a duo. Probably the best decision we’ve ever made.
Sunflowers’ latest offering, The Intergalactic Guide To Find The Red Cowboy was released in September 2016 via Cao Da Garagem. How did this recording process differ to your last EP titled ‘Ghosts, Witches and PB&Js’ EP released in 2015?
Well, we started out knowing nothing about the instruments we were playing. So I think every record we write and release sounds a lot better as we become better musicians. And also, we were more comfortable in the studio the second time around, which also made curious to explore what we could  do with all the studio gear.

On November 4th, The Sunflowers are set to perform at Endless Daze Festival located in South Africa. What are you most looking forward to about this experience?
Seeing all the friends we left there from the first time we visited. Music is better when shared with some friends, don’t you agree?
(Editor’s note – Agreed. Music, friends, red wine 🙂
If the Sunflowers could collaborate with any artist or musician on the planet, who would it be and why?
We didn’t think a lot about this cause we both love Prince. So the answer has to be Prince. He’s just an icon that seems to captivate everyone around him. Working with him would be a experience we would like to have. It’s such a shame we won’t, though.
Could you describe Portugal’s live music scene, and how it compares to anywhere else you frequently perform at?
It’s growing so much within all the different genres that it’s just bursting out of Portugal. I think we can say that Portugal is the next big thing in the European music scene. There’s a lot of Portuguese bands roaming Europe every year, there’s a lot of well know acts, as well as some underground ones, that come here to play. The people are hungry for music here. It’s becoming a good place to play and tour.
If The Sunflowers could single handedly-change the music industry, how would you do it?
This one is hard. We would try to tell everyone to embrace the changes that are going on. The internet is not a bad thing – it’s not just illegal downloads and Facebook “likes” competitions. If you play good music, people will hear about it. You don’t need a record label and if you do, start your own. Help the new bands you love the same way you wanted someone to help yours when you started. Don’t worry if another band gets somewhere before you, by some means that you can’t use. Find your own path and stick to it if you like it. And for f***’s sake, be committed to your band and your music. Hard work is as important as talent.
What does the future hold for The Sunflowers?
2018 will bring a new record (or records) and hopefully, a lot of touring the world.