Hunger to release new single ‘Amused’ along with EP 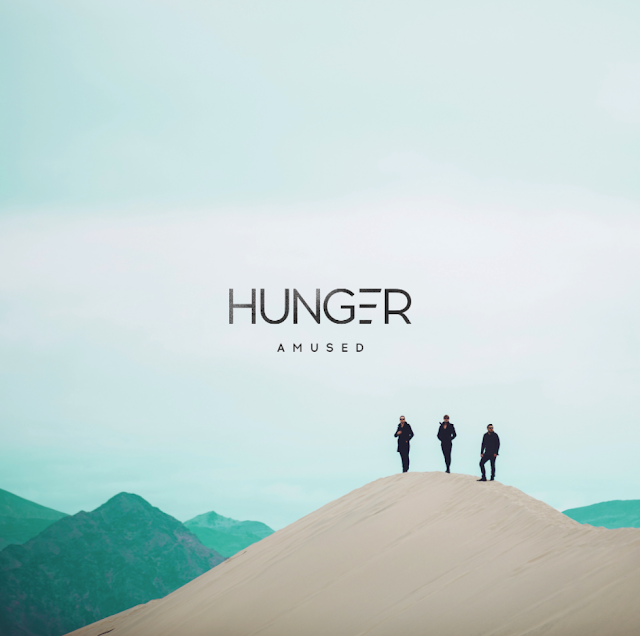 Austrian electronic pop/rock band HUNGER has announced the release of their latest track ‘Amused’ set to drop on November 9th, taken from their upcoming EP of the same title.

Produced by Dan Weller (Enter Shikari, Young Guns, Kids in Glass House) the release has seen the trio garner substantial support from tastemakers Earmilk, Red Bull and Indie Shuffle. The band has amassed over five hundred thousand views on Youtube as well as heavy rotation on Austria’s Hitradio Ö3, the New Music Friday Playlist on Spotify, and the Global Viral 50 Chart. The sound of HUNGER has laid claim to Viennese Fashion Week,  and featured as the soundtrack to Netflix’s ’13 Reasons Why’ as well as a commercial spot on Austrian showcase festival Waves Vienna.  Their extensive touring schedule has seen them perform at a string of festivals, including Out Of The Woods Festival with the likes of  Alt-J, Phoenix, Feist, Sohn, Milky Chance, and The Strumbellas.

Hailing from the idyllic suburbs of Vienna, HUNGER first formed in early 2014. Childhood friends Daniel Rumpel and Johannes Herbst approached long-term fellow and vocalist Lucas Fendrich with the intention of creating a truly dark and cinematic sound. Once they’d developed a batch of demos, the three musicians headed to the outskirts of Vienna, built up a studio in a borrowed apartment and brought their sound to life.

Standard song structures and melodies were disregarded in favor of the tone and evocation of the music and their perspectives shifted when the band went into studio with British producer Dan Weller. Throughout the album, Fendrich, Rumpel, and Herbst channel big emotion into a moody but melodic blend of alt-rock and synth-pop, resulting in a vast, dark, cinematic sound – and the formation of HUNGER. The EP expands on their deeply visual sensibilities by delivering a gorgeously gritty video for ‘Gravity’ made in collaboration with Christian Lamb (an acclaimed director known for his work with artists like Coldplay, Bob Dylan, Madonna, Taylor Swift, and Rihanna).

Many have drawn parallels to Imagine Dragons, Coldplay, The 1975, The Neighbourhood, and 30 Seconds To Mars, but HUNGER embodies their own sound, as visceral and evocative as their name suggests.

‘Amused’ is a track cut with dark, devastating complexity. Impassioned vocals ensconced in ritualistic percussion, ‘Amused’ is the result of three musicians deeply committed to going exactly where their sound takes them.

Speaking of the track, HUNGER says: “’Amused’ describes the very first moments of love when meeting someone who just makes you forget the world around of you. Everyone knows that feeling and tension, making you wanna break out and feel alive. When writing the song we tried to wrap all our personal and individual stories into one, both in the lyrics and in sound. Amused is kind of mysterious and upbeat at the same time – exactly how we experience that particular feeling.”

The band is currently back in the studio working on their forthcoming album.