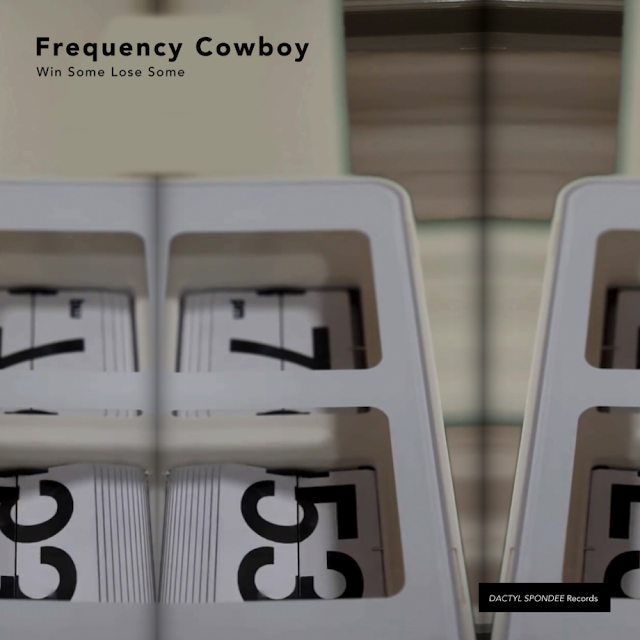 Sam Hurt, better known as Frequency Cowboy has released the video for his latest single ‘Win Some, Lose Some’. The indie-pop track was recorded and mixed by Stew Jackson and dropped 8 September via Dactyl Spondee Records.

The multi-instrumentalist garnered much media attention for his work with John Parish and Bruno Ellingham as well as touring with British Sea Power. His upbeat single ‘Control’ which he released earlier in the year has been received well by fans and industry critics alike.

‘Win some Lose some’ offers a funky melody combined with his quirky vocal deliberations, allowing for a feel good track. Starting with Sam and three other people sitting expressionless in front of a window with a moving background, the video features one of the actors doing eccentric barefooted dances throughout. In some scenes, they struggle to open a stuck door that eventually budges only to slam closed at the end of the video.

Sam said about the cheerful track; “The song is about finding some perspective through life’s ups and downs. There is a floating surreal quality to the movement of the song, which can make the listener feel unreal or like they’re in a dream.”