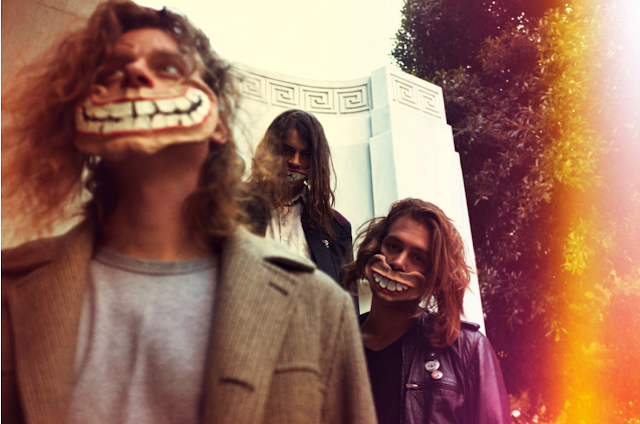 Formed  in 2015, Facial is Cameron Dmytryk, Sam Daggett and Jay Francis. They have toured with Warpaint and Piebald and are known for their “disquieting diatribes”.

Following their debut album Mistress (2016) the trio is set to release their latest album Facade. The album in which they face both personal and societal ‘ugly truths’ is due for release via Chain Letter Collective on the 29th September.

They shared the video of their lead single ‘Animals’ – a moody, grimy track with shattering chords and heavy drums.

“Inside of all of us there are things that we try very hard to conceal: animal urges, selfishness, anger, hate, envy, violence, sexuality,” they say. “We push them down and paint an alternate reality on the surface: happy, caring, altruistic, confident, peaceful, and benevolent. But when the discrepancy between facade and reality becomes too great, we are forced to confront the facade and to question the fabricated surface realities fed to us all. … We can’t hide forever. One day we will have to unmask.”