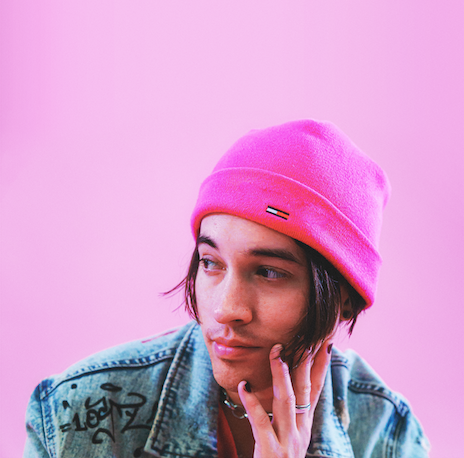 AIRPORTS is Australian DIY pop artist Aaron Lee. After taking on two life-threatening illnesses and the ups and downs of being a full time creative, AIRPORTS is an avid voice for personal development mental health. With his eyes set on influencing listeners while travelling the world, the Sydney dwelling artist isn’t afraid to take a non-conventional approach, further fortifying his unique sonic identity by defying & blending genres of hip hop, punk, electronic and pop. Taking care of writing, singing, production and engineering all himself, AIRPORTS is an independent pop force to be reckoned with.

Off the back of his feel-good record ‘U FEEL IT 2‘ which was featured by Live Nation’s ‘Ones To Watch’ & Pop Dust, and accumulated over 12 thousand music video streams (starring his fans from around the world); AIRPORTS returns with ‘PARTY ALL THE TIME’.

‘PARTY ALL THE TIME‘ is a bass-heavy, sing-rap anthem featuring Los Angeles artist R I L E Y. R I L E Y recently released his debut album LOSS ANGELES which includes ‘Dead & Over’ with Blackbear and has quickly surpassed one million streams. Sonically the track pays homage to AIRPORTS love of both hip hop and punk, combining both genres to create something new and exciting, reminiscent of Machine Gun Kelly and Chase Atlantic.

‘Party All The Time’ is about that girl who you know you can’t coexist with because she’s too busy with social clout. AIRPORTS explains, “I was scrolling through my Instagram and saw a girl I knew who was literally just out every night clubbing and said to myself, ‘she just wants to party all the time.’ Although she sparked the idea, it’s more of an exaggerated story about a person you can’t love because they’re more into socialising than into you.”

AIRPORTS has garnered support from tastemaker radios such as Triple J (Australia), George FM (New Zealand), Kiis FM and amassing over 780,000 independent Spotify streams to date. Building a global music production company, the multitalented artist has worked on award-winning projects for TV, brands (Coca-Cola, Fanta), labels (Universal Music, Capitol Records), artists and performers, including Multi-platinum JPOP groups. AIRPORTS is forging his own path and there is no slowing him down.