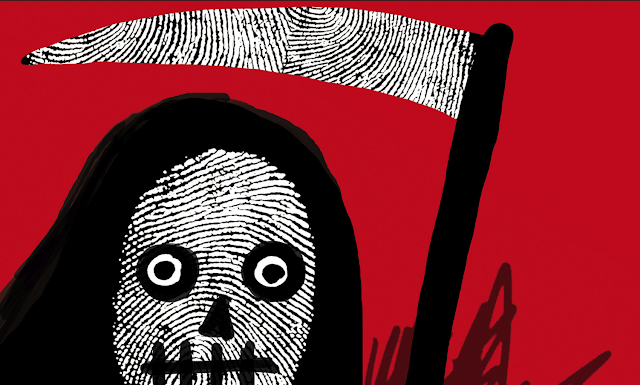 The Melvin’s ex drummer also featured on Nirvana’s ten-song demo recorded in 1988 at Reciprocal Recording Studios in Seattle. Nine of these songs have been officially released.

Crover plays 90% of the instruments on The Fickle Finger Of Fate himself, and the album was recorded by recorded by esteemed engineer Toshi Kasai.

“Sonically, the album ranges from slightly microwaved heaviness, to surprisingly chill Pink Floyd-tinged ballads, to Max Roach-meets-Throbbing-Gristle drum experimentations, to good old fashioned Andy Kaufman-style head-fuckery
Though consistently otherworldly, The Fickle Finger Of Fate is surprisingly approachable— dare we say, catchy. But even at it’s most anthemic, you won’t be able to shake the feeling that a sinister ambience is hovering just beneath the surface.” – Joyful Noise Recordings