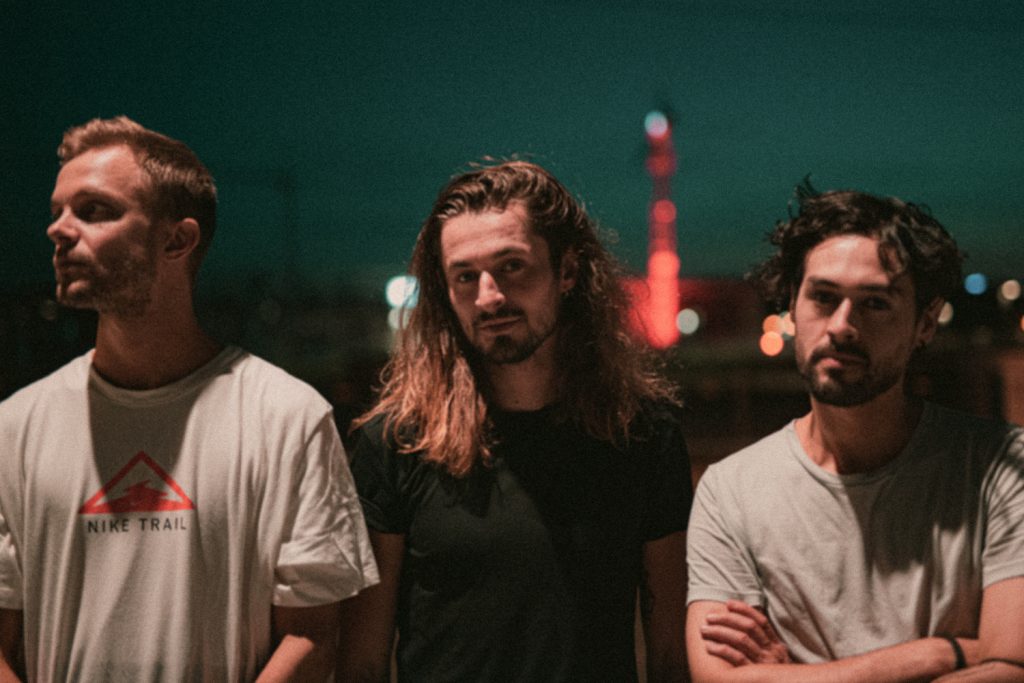 Eau Rouge, an indie-rock trio hailing from Berlin, have just released their latest single, ‘I Know That You Know’ via Riptide Records. Accompanying the single is a carefree music video directed by Felix Keltsch, both of which became public today. The band’s excitement on Facebook has been tangible, with regular posts building towards fans excitement for the release.

The band tell us a little more about the release: “Yes, with its upbeat guitar-lick, ‘I KNOW THAT YOU KNOW’ makes you wanna get into the convertible and have a road trip down that open street shown on the cover artwork of the single. Look at the picture behind it and you see everything comes at a price. Both shots taken in the Middle East. Still, Jonas Bo and Magnus don’t take themselves too seriously in the music video and let down the masquerade. Because they know that you know what’s behind it anyway.”

While the lyrics themselves carry a “tongue-in-cheek” aspect, it’s the cheerful music video that really caught our attention. The multi-tonal editing and lyrical overlays only serve to highlight an underlying authentic friendship that permeates throughout the trio. With the deeply tumultuous year we’ve all had, it’s good to see a band promoting a bit of positivity.