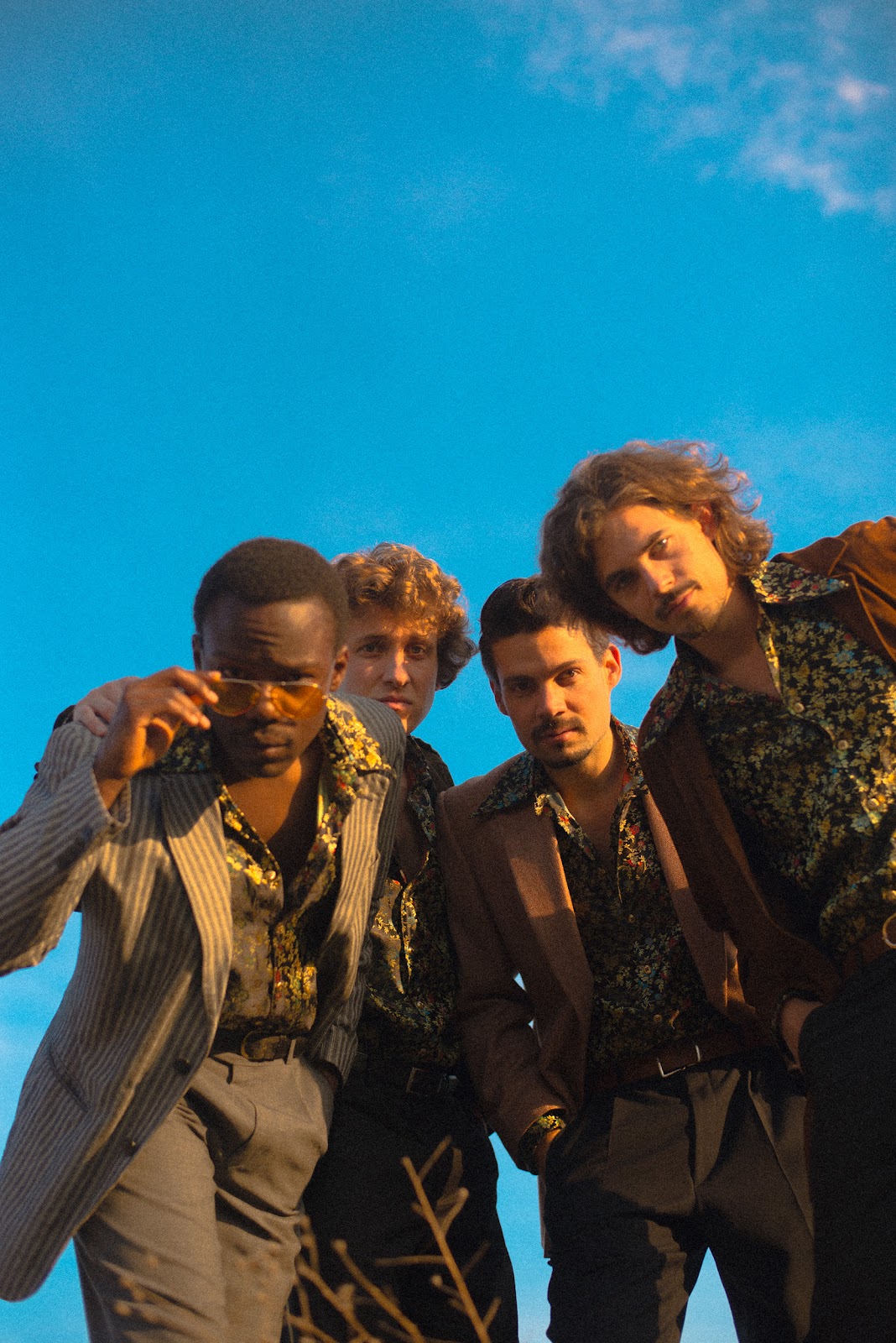 At Pavillon, the latest indie-rock-jump-around-while-feeling-motivated group from Austria, recently released a music video for their bouncy new track, ‘Lions’. The video sees the group playing for onlookers behind a fence while their being ordered by a man with a whip aka a lion handler. The song and the video makes it clear that this is not a position the group wants to find themselves in. They are leaders in their own right and will govern their own choices.

The band is made up of four talented young men, with Paul Majdzadeh-Ameli on drums and backing vocals, Tobias Kobl on bass guitar and backing vocals, Bernhard Melchart on lead guitar and backing vocals and Mwita Mataro coming in with rhythm guitar and the lead vocals. Known by many as a bunch of romantic rebels in matching button-up shirts, all four of the members of At Pavillon hail from Vienna and have an incredible chemistry, on and off stage. The band formed in 2014 and have been working hard ever since; now that they’ve reached great heights in the Austrian scene, the band are spreading their wings and hope to spark interest in other countries around the globe.

We definitely have high hopes for At Pavillon as we’re already eager to see what the Austrian group will be up to next! Watch the inspiring video for ‘Lions’ below: