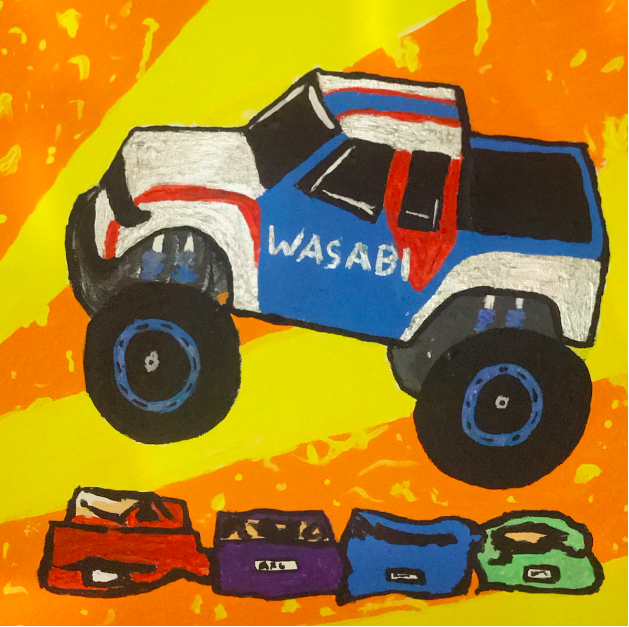 Alcopop! Records are delighted to announce a brand new collaborative release from Art Brut and We Are Scientists, who launch WASABI (We Are Scientists Art Brut International) with a special 12” split vinyl, WASABI, for Record Store Day 2019, released April 13th.

The 12” will be released on a limited edition run of 600 vinyl, exclusively on Record Store Day 2019.

Back in 2006 Art Brut and We Are Scientists recorded a split 7″ together to celebrate a joint US tour, and now—on the all-important errr…13th…anniversary of it—the two indie juggernauts are back to do something even more awesome.

This tremendous 12″ is a living example of just how much fun you can have with a record. Fronted with brand new previously unheard singles from both bands, the release also contains wonderfully rendered versions of the two bands reworking each other’s material, a seriously sick Traveling Wilburys cover, and a few long-lost rarities that have never before seen the warming grooves of a delicious vinyl record. Plus, dare we say it, an irreverent RSD-themed anthem penned, especially for the occasion.

Commenting on the release, the bands said: “Our record label tried to make this Art Brut vs We Are Scientists, but it doesn’t work like that. WASABI are a motherf*cking gang! It’s a legendary team up! Crushing all other bands with our Traveling Wilburys covers and awesome songs. We’re on the same side. Wasabi vs ALL OTHER BANDS!”

With sleeve art designed by Art Brut man Eddie Argos himself, and some extra surprises on the download card, this is Art Brut and We Are Scientists at their very best. A must buy (if we do say so ourselves).