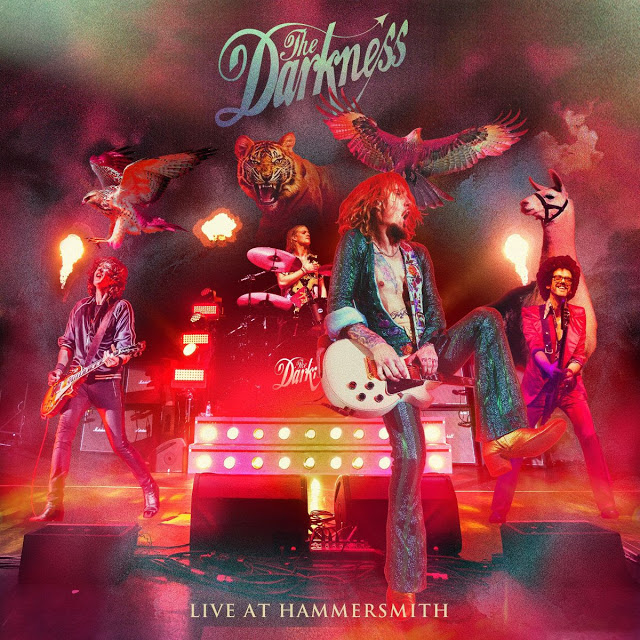 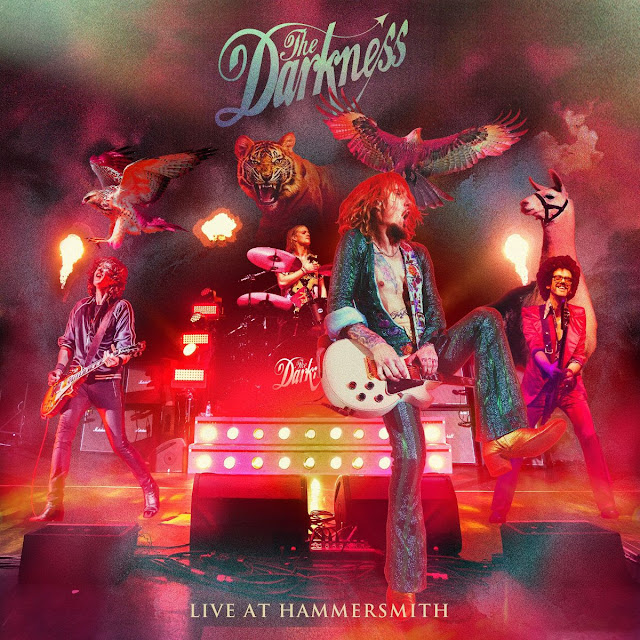 Introducing the release with his Christmas message to all Justin Hawkins says, “As Santa prepares to empty his sack into our collective Christmas chimney, and young faces smeared with festive brandy butter gaze up expectantly, every day is a fun-filled festive frolic of presents and pies. Much as you will enjoy your turkey leftovers on Boxing Day, we are serving up Christmas Time (Don’t Let The Bells End) again, this time in a tasty live sauce. Hooray, eh? A rocking good Christmas to one and all!”

The announcement comes as the band have been confirmed to perform their Yuletide hit in the most famous tent on television for The Great British Bake Off Christmas Special on Christmas Day.

This gift to the nation wraps up the huge success The Darkness have celebrated with the release of their 2017 Top 10 studio album Pinewood Smile, which received widespread critical acclaim across the board, and 2018’s Live At Hammersmith extravaganza, which features ‘Christmas Time (Don’t Let The Bells End)’.

Looking to the year ahead, 2019 is already providing tantalising Darkness delights. Not only have they been announced to headline the opening day of Ramblin’ Man Fair, Maidstone on July 19th, but they are entering the studio with songs aplenty to start work on their forthcoming sixth studio album. Stay tuned for further announcements to come.