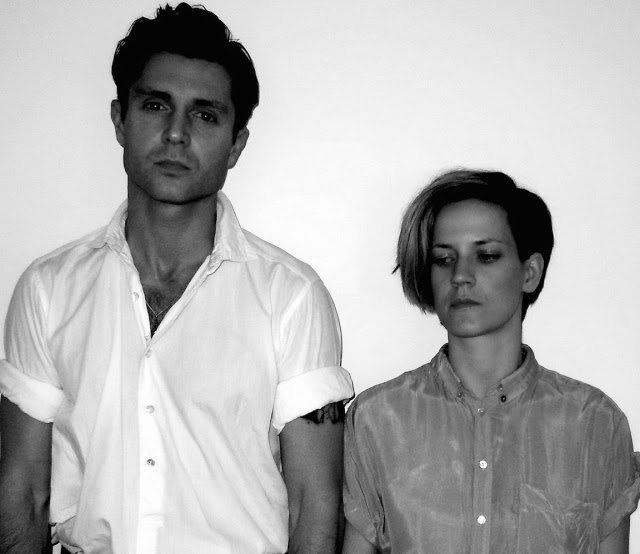 Following on from the success of their last single ‘Control’,  TENFIVESIXTY return with a new release for 2015, ‘Dashboard Light,’ produced by Duncan Mills (The Vaccines, Peace) and mixed by international producer Robert Harder (Brian Eno, Herbie Hancock, Whitey, Squarepusher).

The duo have already garnered huge support from key tastemakers like CLASH and BBC Radio’s Gary Crowley, even being titled as a ‘Crowley Cracker.’ Their unique take on the British guitar scene has also caught the attention of Brit-Pop icons Suede, earning them a place supporting them on their recent UK tour.

Formed by Jen Bailey and Rick Hornby a few years back, the group say it was a shared love of, “lost romanticism, soundtracks, 60’s girl groups, 80’s hooks, good footwear, attention to detail, and the darker side of classic British guitar pop” that brought them together, and such reference points are certainly audible in the material they’ve released so far. Jen’s vocals draw comparisons to Stevie Nicks of Fleetwood Mac, whilst Rick’s unique guitar style resonates the work of The Cure.

TENFIVESIXTY’s sound draws from an interesting array of inspirations. Stemming from early cinema like the 1983 American drama ‘Rumble Fish’ and the epic Maysles brothers’ documentary on the Rolling Stones’ 1969 U.S tour ‘Gimme Shelter’: “The most intense gig in history… Life/death/music.” Classic film scores composed by Sakamoto, John Carpenter and Thomas Newman, as well as the writings of Kerouac & Bukowski, with their views and attitudes of an outsider or misfit.
Their influences go deeper still, homing in on specific imagery within art and film: “The theme of escape in both film and art is always influential to us, the whole ‘to the big city’ idea: runaway destinations, cityscapes, skylines, New York/Paris/London.” The group hold New York central to their work, including the evolution of the punk/disco/pop scenes of the 70s.
The duo focus their energies on the symbolism within their music. Their tracks possess warmly crafted soundscapes and there is a great blend of drama and emotion. They light up the air with a breath of melodic warmth and magnetic harmonic energy, inviting you to move both your body and heart.
Rick’s guitar beckons the listener with its hypnotic effect. The tones create an unnatural, warped sound that enhances the pair’s unique, captivating atmosphere. Jen fragile vocals are wonderfully emotive and litter the beat with atmospheric touches. The pair come together beautifully, creating tracks equal in passion and emotion. Their sparse musical arrangements and plaintive vocals conjure a dark and evocative mood. TENFIVESIXTY’s music is eloquent, poignant and shot through with a strangely hopeful melancholy.

Their first outing ‘Killer’s Son’ captured imaginations when it was released as a free download back in 2012. Their first full-length release – ‘Do This For Me’, through Giant Haystacks / Fierce Panda – saw them dip into wistful balladry, and came accompanied by a remix from Californian psych-rockers Crocodiles.

New single ‘Dashboard Light’ began life as a guitar line that the pair experimented with and added to. The track explores the theme of escapism, more specifically the idea of changing your life by simply leaving and never coming back. TENFIVESIXTY describe the track as the ‘musical equivalent of an abandoned car, or a pile of clothes left by the waters edge.’
The drums flow at a solid driving pace linking in with the theme of escape and journey. The guitar whines in the background creating a sense of depth and atmosphere. Jen’s vocals swoop in as the song moves into a heavier stroll lifting the energy and pace to an insistent. ‘Dashboard Light’ bares a dark, cinematic sound that’s made for indie movie soundtracks and late summer nights at music festivals.
Tracklist
01 Dashboard Light
02 Dashboard Light (Radio Edit)
03 Copy.Over.Out
Categories: News
Tags: new EP, new music, news