SWYM releases music video for “I Hate You Because”

Scottish Indie-band, SWYM, have released a music video to their rising track “I Hate You because”. SWYM have worked with prolific producers in the past such as Graeme Young (Snow Patrol, Biffy Clyro, Ded Rabbit, Mogwai) helping SWYM sculpt their raw, yet delicately kaleidoscopic and unique vision.

Hailing from Aberdeen, Scotland, the band was conceived by the talented songwriter, producer and multi-instrumentalist Nassif Younes. Working with Scott Bruce on the band’s recordings and a newly-presented cast of musicians and friends for live shows consisting of Isaac Barnes on bass-guitar/backing vocals, Innes Cardno on keys/guitar, and Kit Purnell on drums/ backing-vocals, SWYM break away from the norm; combining atmospheric, psychedelic textures together with indie-pop sensibilities and often optimistic, yet broodily crafted lyrical content. With the privilege of working in a recording studio as they see fit. 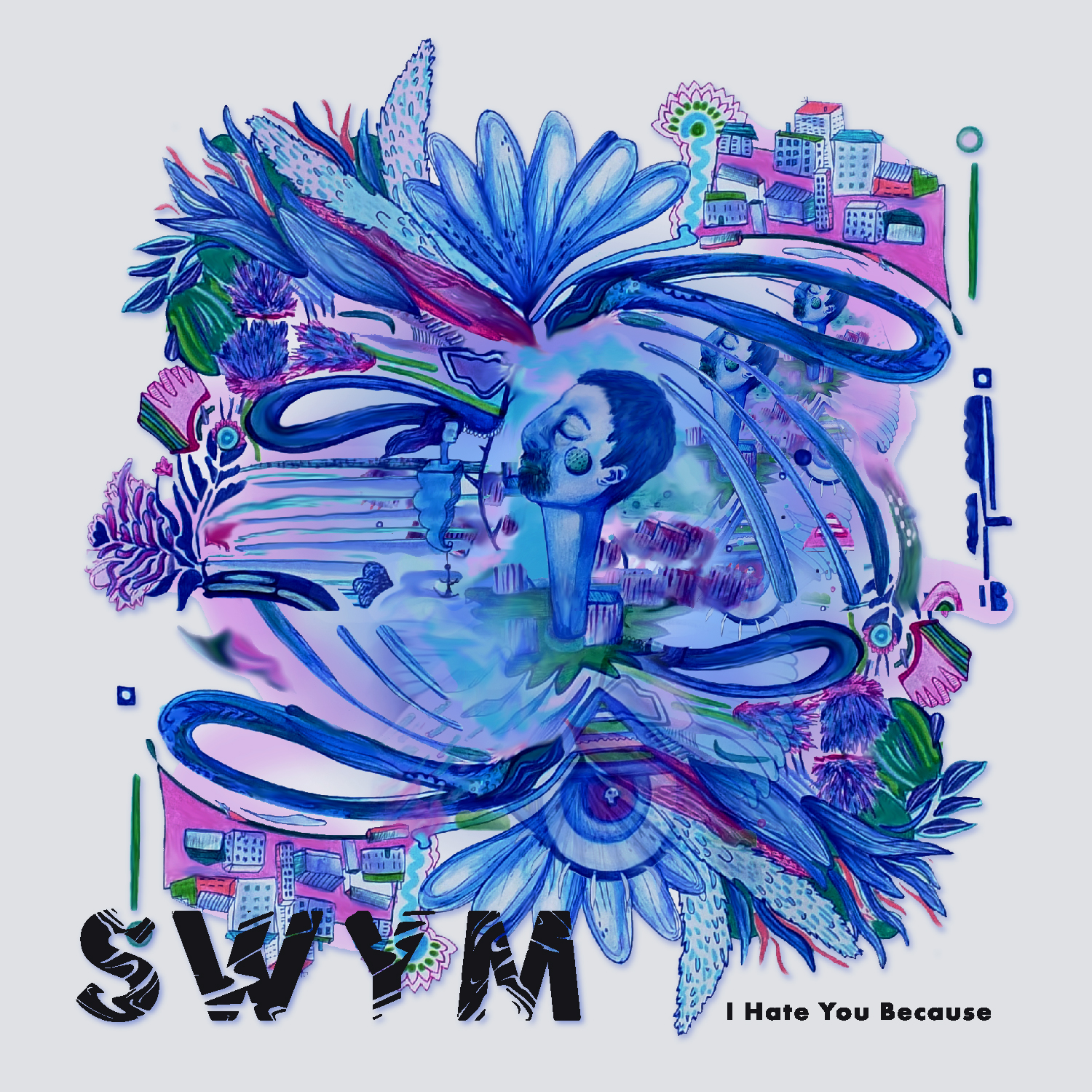 SWYM’s video for “I Hate You Because” captures the lyrical content of the song. When you delve into the lyrics, you find the complicated thoughts of a person who tries to emulate the people around them. We all compare ourselves to other people, even though we know you really shouldn’t. It’s this idea “I Hate You Because” tries to visualise and it does so in a fantastic manner. SWYM manages to capture a slice of the human population which isn’t often allowed a voice.
Commenting on the single, Nassif of SWYM states: “The song is about social anxiety and being an introvert. There’s real pressure on people to be outgoing and self-promote – which is really daunting for reserved, quieter people. It happens a lot when I’m teaching actually – when we do songwriting, the louder kids become the natural leaders while the quiet ones struggle to get a word in. I notice a lot of introverted artists trying to emulate that ‘confident character’ to push themselves forward, and it can really break someone. The whole point of the song is about accepting who you are and realizing that things like charm and swag aren’t everything.”
Follow SWYM
Facebook – Twitter – Soundcloud – Youtube – Instagram – Spotify
Categories: News
Tags: Band, Indie, Music Video, Song