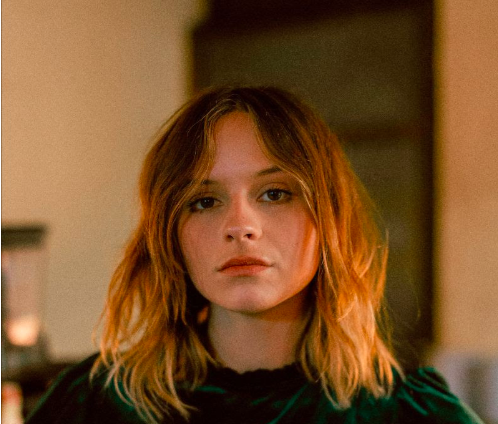 Gabrielle Aplin has released a multilingual lyric video for her new single ‘Like You Say You Do’, taken from her forthcoming third album Dear Happy out January 17th via AWAL and her own label Never Fade Records.

‘Like You Say You Do’ features an irresistible, funk-inspired chorus and is a dreamy pop song inspired by the misleading realities of social media. The single has been receiving support from Radio 2 and Gabrielle recently joined Rylan live on the station to perform karaoke in aid of Children In Need.

The lyric video has been released as Gabrielle has achieved a landmark 100 million streams on Spotify and almost a million subscribers to her YouTube channel. The lyrics in the video are displayed in Japanese, Filipino, Portuguese, Spanish, French and English; languages determined after being put to a public vote to the wide-reaching fanbase of the international star.

The new album Dear Happy is an uplifting pop record that chronicles Gabrielle’s life, and the experiences and cultures she has been inspired by whilst touring and travelling the world over the past couple of years. The album also features the previously released songs ‘Losing Me’, ‘Kintsugi’, ‘Nothing Really Matters’ and ‘My Mistake’.

The record is being released through a major new partnership between AWAL and Gabrielle’s Never Fade Records, a label that sees her develop and support both new and established acts. The breadth and diversity of the Never Fade roster will be displayed at the annual Never Fade Christmas Party, this year taking place on December 19th at Union Chapel.

In light of the forthcoming show, Gabrielle Aplin and Hannah Grace have released two stunning covers of Christmas classics – the Mariah Carey hit ‘All I Want For Christmas’ and the traditional carol ‘In The Bleak Midwinter’. The songs are now part of their acclaimed collaborative December EP, which has now been re-released for 2019.

Gabrielle Aplin will be completing a headline tour in support of her new album Dear Happy, which runs throughout the UK and Ireland in March 2020. Tickets are on sale now and available from http://www.gabrielleaplin.co.uk/live/

Gabrielle Aplin appeared in a feature on Dave Rave