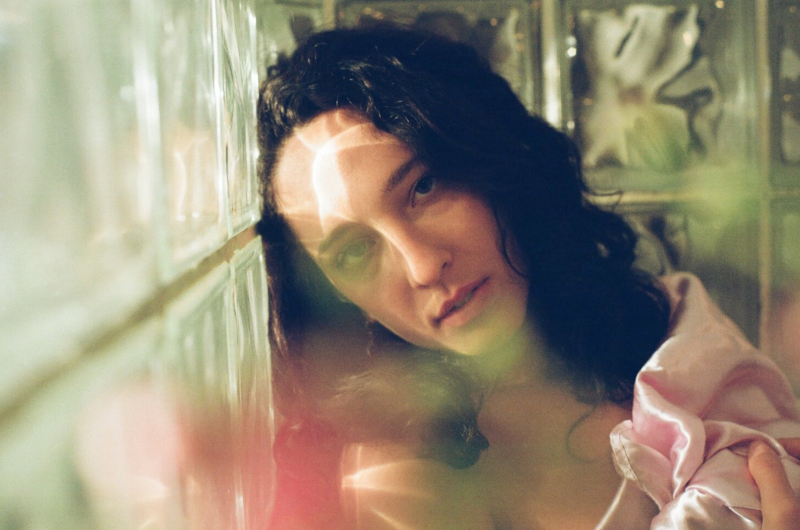 There’s an immediate charm and elegance to Sara Marie Barron’s voice. And that voice, along with her engaging stage presence, has cultivated a poise between the swoon of soul, the charisma of jazz, and the effervescence of pop. Having sang in choirs, musicals, and even operatic arias long before she released her debut full-length album, 2018’s Sad, But True, the beauty of her voice was something that was already proven. With Existential Glam the Detroit based singer/songwriter felt she had more, yet, to prove.

We can say, without hyperbole, that singing has really been Barron’s life. That raw talent developed into artistry, and eventually that artistry accelerated the development of her definitive vision. For Barron, in the two years following Sad, But True’s completion, that vision distinctively took shape. She felt inspired to pursue and perfect a fusion of her foundational inspirations, aspiring to bridge the grace and gusto of 60’s soul (Etta James, Nina Simone), and the exuberance and panache of Motown’s icons up to contemporary influences from the indulgent (even fun) melodrama and winsome swagger of 90’s pop stars (Britney, Christina) and recent R&B/neo-soul dynamos (Alicia Keys and Amy Winehouse, particularly).

Throughout Existential Glam’s ten tracks, Barron’s voice glides and flutters with a sleek refinement. There’s a coolness and a comfort to her performance as she crosses that distinguishing line where the emotions of vulnerability and heartache in the lyrics arrive at a clearer-headed reflectiveness and self-celebrating resoluteness. What Barron has forged here with her band and producer Ben Collins is the ideal soothing soundtrack for that drive home from the club, or that nightcap after last call when we let our hair down, or maybe that slower-motion rise into the late weekend morning’s sunrise for some extra-blissful swaying in the kitchen with your coffee and contemplation. Quite frankly, Barron is giving us all the soul-restorative slow jams that we need right now; she’s in her element, more than ever here, and that adds to the intimacy and naturalness in her vocals and her lyrics.

Beyond that, Barron reengaged her faculties as a collaborator and involved herself in every facet of the production process. Not only would she be artistically more in her element, but she was going to be as fully immersed as possible, each step of the way, in fortifying the vibe and the vision she had. It was already clear that her voice, by itself, was brilliant – but this time around, Barron’s sensibilities flourish into an even fuller picture of her musical intuitions.