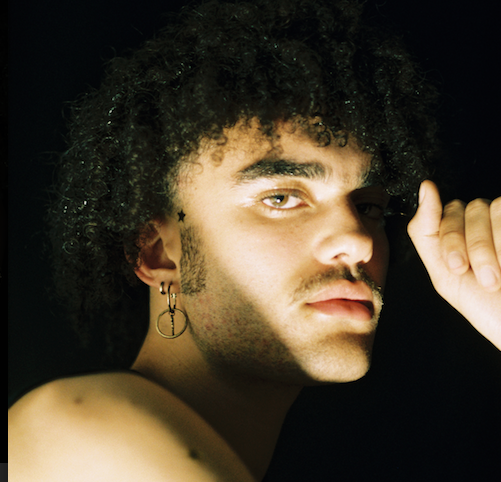 Uncompromising & unashamedly true to himself  keaton is the epitome of DIY artistry. Not only recording and producing his own work, he’s also heavily involved in all his videos which act as a companion to his upcoming the unwelcome series visual EP. He makes his directorial debut on the new visual for ‘ITYK‘. Alongside all this – keaton is also a champion for live, independent music, having run his own festival v_01d for three years, a mini-Meltdown booked entirely by him and his friend Sophie DeMasi. At only 20, and as a POC & queer member of the LGBTQ+ community, keatons voice is a refreshing and essential one in the UKs pop landscape, and the unwelcome series places him as one of our most exciting new artists.

Speaking on new track ‘mint‘ keaton explains It was made in my bedroom, in 2018, on Halloween. I remember coming up with the verse chords first, then it all seemed to write itself.  This song felt like movement to me, which is kinda ironic as I also felt like I was trapped at the time. mint is a callout for a fresh start, something new. Being so close, but youre not quite there yet.

Although the unwelcome series is keatons debut EP  its a diverse collection of mature and enchanting pop songs, written and produced by keaton himself and mixed & mastered by Tim Rowkins (Rina Sawayama) & Robin Schmit (The 1975) respectively. Alongside the EP, he has released a visual companion to the EP that coincides the key themes of the EP  the trappings of Gen-Z relationships and how social media and technology affect them. Candidly raw and youthful, the EP was written in a then-teenage keatons bedroom and could perfectly soundtrack a modern-day coming of age film. Speaking on EP closer Try Again he says, I remember creating the beat and reacting to it by dancing about in my room, and I hope everyone that hears feels like they can do the same!