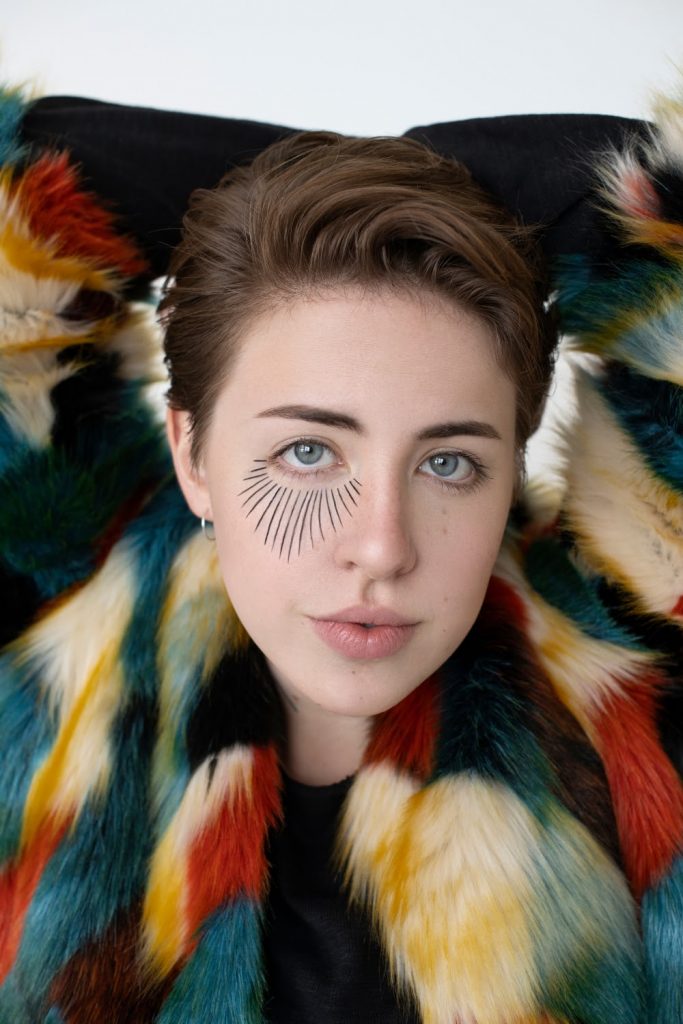 This week has a slew of great releases coming up. One of our favourites that has us counting down the hours is Russell Louder’s HUMOR album – slated for release on Friday via Lisbon Lux Records. Ahead of the album, Louder has released a few tantalising singles, including ‘Home’, ‘Light Of The Moon’ (which immediately cough fan’s attention) and ‘Hello Stranger’. The latest hint of the album is the recently premiered track, ‘Lavender’ which grows and develops into a funky, electro-pop piece of art.

The artist recently announced on their socials that they had been awarded a grant from the MVP project to create a new music video. While they haven’t revealed which track they have in mind to create a music video for, we can’t help but hope it will be for ‘Lavender’ itself. While we’ll have to wait and see what the official music video will be, we can share the live performance video of Louder from Shed Sessions.

Sparkles, neon colours and undeniably good music – it’s safe to say that Louder is one to watch. We thoroughly recommend clicking on the pre-order link above.