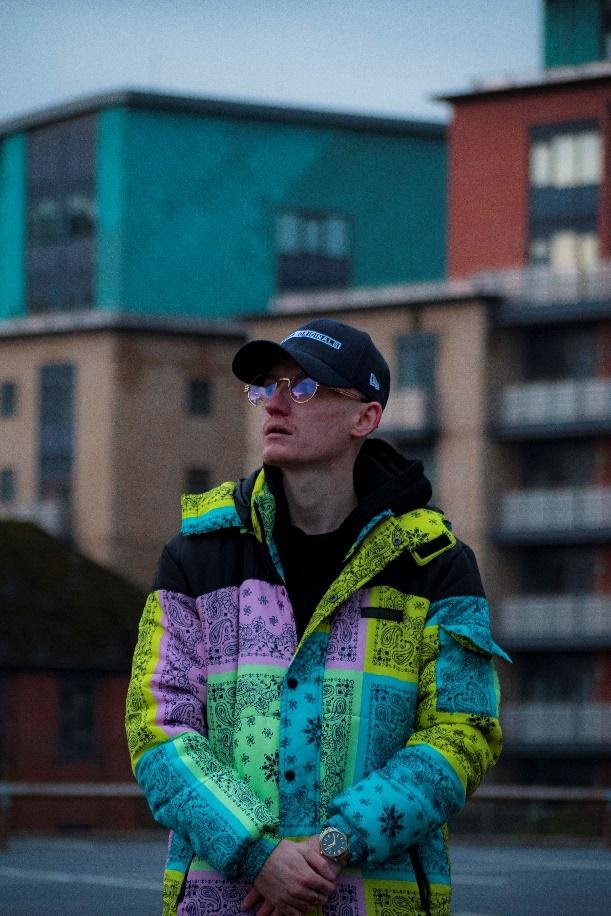 Half Dutch, British born M.C and songwriter CompreHend is back, with his latest release ‘I’m Gonna Win’ . After a one-year hiatus the Midlands based artist returns with a bang after receiving support from the likes of BBC Introducing, BBC Radio Leicester, FUBAR Radio, Kool FM, Reprezent Radio and having the Limited Budget ‘Rat Race’ remix featured on the Spotify editorial playlist ‘Stepping Out’ in 2020.

The dual nationality, award-winning solo artist is proud to be a DIY rapper based in Leicester. The colourful artist has been making music for just over 5 years, garnering a fan base nationally and locally, receiving support from media outlets such as BBC Introducing, BBC Radio Leicester, EAVA FM and more. In 2019 he went on to perform on the main stage at Leicester’s ‘Carribean Carnival’, the biggest annual event in the city, to a crowd of over 8,000 people.

The rappers latest offering ‘Rat Race’ Remix (Limited Budget) had great success. In 2020 the collaborative project between CompreHend and Limited Budget was featured on the Spotify editorial playlist ‘Stepping Out’ with over 260,000 followers and received support from BBC Introducing whilst also being playlisted by the drum and bass native radio station Kool FM. Premiering on underground Hip-Hop blog ‘The Word is Bond’, CompreHend is set to kick things up another gear with his upcoming release ‘I’m Gonna Win’.

Winning a performing arts award in 2018 and then going on a string of shows supporting UKHH legend Skinnyman across the U.K in 2019, through his distinct cadence, old school-esq lyricism, thumping beats and often conscious message; CompreHend has made himself known as the rapper that’s not afraid to touch on intimate subject matters while injecting a hint of humour, setting himself apart from his contemporaries by offering a bold new imagining of the urban genre.

With some big-name support slots under his belt, CompreHend has made huge steps on the live circuit, supporting the likes of Lowkey, Rodney P, Doc Brown and Logic. In 2019 the quirky rapper toured with UKHH legend Skinnyman and embarked on his debut ‘Pariah’ tour performing at various cities up and down the country.