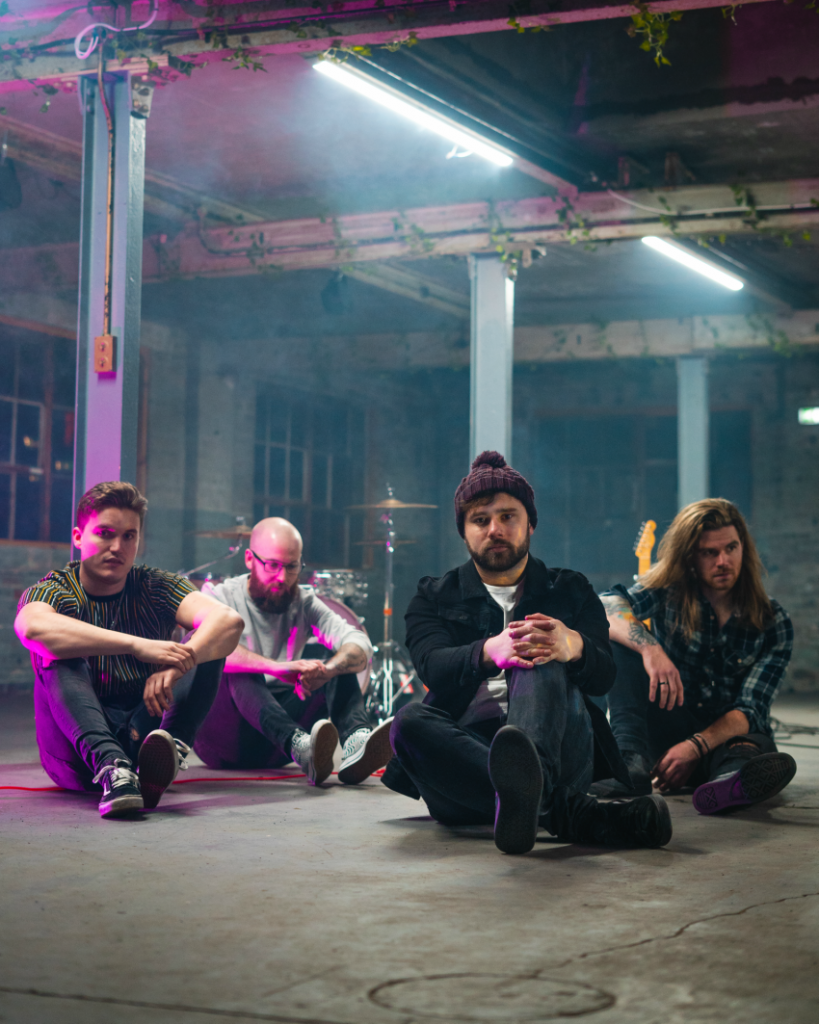 Based in Fife, Scotland, indie-pop group, Club Beirut’s debut single ‘Something New’, could scarcely have been hatched further away. Written over 8,000 miles away from Fife in the Falkland Islands where Craig was then deployed with the Royal Air Force, the joyous, gleeful bounce of the resulting track was actually a period which saw him dealing with incredibly fraught circumstances.

The cathartic nature of creating music and the building of a crack team of musicians and an attack plan upon his return home is testament to both the tenacity of Craig and musical partner Fraser and to the irresistible power of catchy melodies to clear the mind and trigger a sonic boom of positivity.

This is our first year as a band and we look to the future.

I picked up the guitar when I was 15 and followed the band Twin Atlantic as they were inspirational to me. I formed a band with my old friends and the very first time we recorded in a studio was an amazing experience, looking at all the equipment was incredible. It was very fun and I knew nothing about any of it at the time and was excited to learn!

Normally I would start with the chorus as for me that is the most important part of a song if you want to get your fans and listeners to keep listening. From there I will build the song around it.

Our single isn’t released yet, however, we have received some incredible feedback from some record labels around the globe so far.

Pop/synth/rock music because I really do think there is such a variety of kinds of bands that put music out and deserves to be heard.

Club Beirut obviously! And I would choose some up and coming bands around the UK too, such as The Roov, swim school, indigo velvet and Saint Phnx.

Yes, our debut single ‘Something New’ will be released 17th Feb and our follow up release has already been recorded so we are in the planning stage for releasing that one.

Be nice, everyone is working towards the same thing.