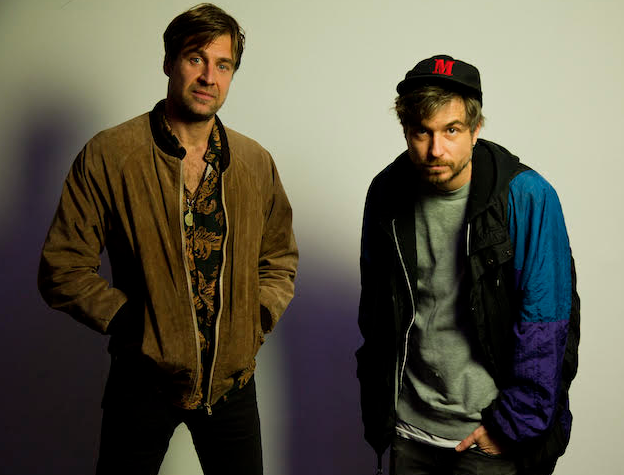 “Recorded during a road trip to Iceland,in a very strange place in the north of the island, during a road trip with some friends after playing at Icelandic Airwaves“, explains the band. “We were literally running out of fuel and there was no place to refill, it was getting dark and it didn’t seem like a good idea to sleep in the car at -10ºC, so we decided to spend the night in an odd guest house that we found by chance in the middle of nowhere. We took the equipment from the car and had a session next to the fire. That moment was so special and the result was also very cool, these two melodies were recorded with the Access Virus and the DSI Prophet but we had no tempo reference and thats why the sound is so liquid.” Directed by Paul Mahon the visual accompanying the track, embodies the chromatic nuances of the tracks organic-electronic sound – WATCH ANIMA VISUAL HERE

The new single follows up on the recently released El Mutal EP, which has seen support from the likes of DMC World, Indie Shuffle and Kane FM, to name a few. The duos early EPs, the DJ Mag-supported debut EP Bananat and Kai, were released on trailblazer Parisian label La Belle Records, while Regaliu, their second EP – released on cult Barcelona imprint Foehn Records – already garnered the attention of some of the most respected DJs in the world, including SONNS, Ivan Smagghe, Jennifer Cardini and Ewan Pearson, the duo are known for their organic live shows, which Nialler9 included in their Best of Iceland Airwaves Festival, no laptop in sight, one of them on controllers and the other on digital percussion the recorded versions of their fruity, balmy electronics are brought up to a fever pitch making everyone dance. Whilst their releases have been praised in the pages of credible dance music publications including, DJ Mag, Faze, Tsugi, and DMC World, while their tracks travelled the world thanks to spins on Rinse FM, Worldwide FM, RTE Pulse, and Kane FM.

Born out of the collaboration between Barcelona producers BeGun and Ocellot, AKKAN came together after a shamanic and hallucinogenic journey in Southern Africa, during which the two Catalan musicians started working on what will become their signature sound; club-oriented organic electronica characterized by jungle sounds, shimmering analog synths, tribal percussions, exotic vocals, trippy melodies and folk instruments that flow in a stimulating and highly contagious array of beats.