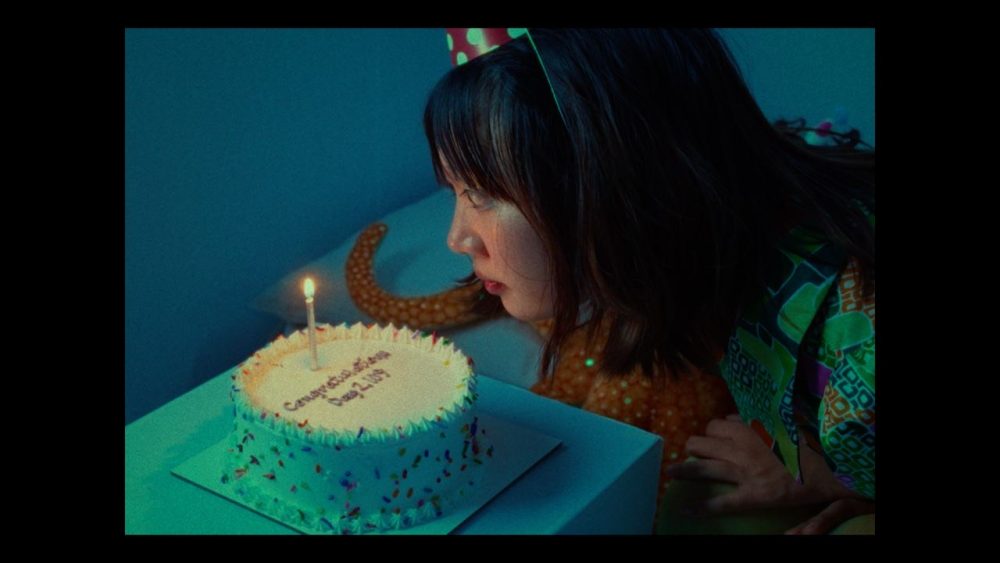 ena mori shares the delightfully off-kilter music video for her new single ‘SOS’. Released via Offshore Music Ph, the single speaks about rising up against hate, negativity and standing up for what you believe in. The video mirrors the lyrics and mood of a person feeling trapped in what feels like a living nightmare.

In an exclusive interview with Raudio, the singer elaborates on what this song means to her, and how she wants to empower all through her music: “SOS is about looking after our friends, looking after ourselves, and be united for a better future. I wanted to write a song about how hard it is to live for a lot of kids these days. As of the song, I was inspired by the mid 60s space-age sounds and TV commercials. I think this record is a great representation of the upcoming album that I am currently working on.”

The singer shines and graces the screen with her quirky performance throughout. The video is somewhat haunting with the gas mask imagery incorporated and surveillance footage effects added into the video. Nonetheless, I think ena mori can make any setting and theme stand out with her charming pop edge.