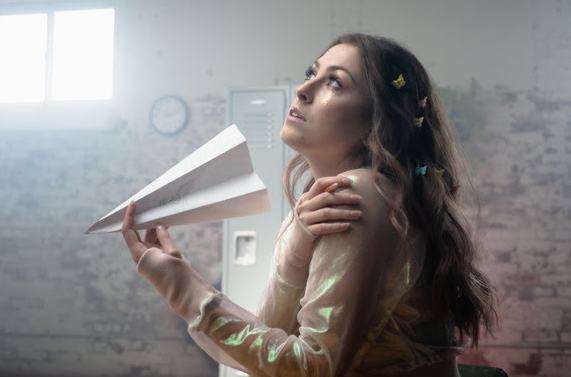 Toronto based electro-pop duo FEATURETTE release the music video for their haunting and very personal song, ‘The Blame’. The video is a beautiful, raw and heartbreakingly stripped-down version of the duo’s original song, and chronicles lead vocalist Lexies’ story of being a victim of sexual abuse in her teenage years at the hands of her music teacher.

Directed, produced and art directed by Lexie, the video was shot in Toronto and is the beginning of her healing process and finding her voice, both through art and to speak about her past. She hopes that the video will help those that have been affected by abuse to find the courage to speak up for themselves.

FEATURETTE are an electro-pop duo from Toronto. They recently released their dark pop sounding EP Dream Riot in 2020 and have over 700K combined career streams. Their music has been featured on the trending Netflix show Ginny & Georgia, Working Moms, Kim’s Convenience and many more.