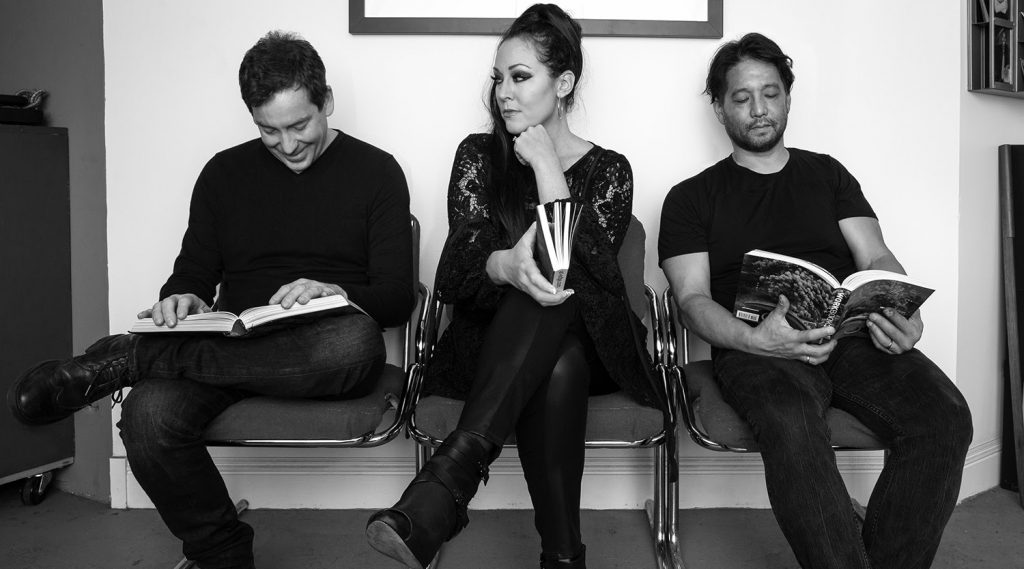 As we wait for the band KARMACODA to unveil their forthcoming album release Slow Down, Melt and Catch Fire via Sola Musa Music this Friday, we are delighted to talk about their latest video for featured track ‘Feels’. Previously featured on Muze FM with the ‘Traps’ video we noted the release as “Seductive and mysterious”. Filmed by ‘Make Me The One’  director Gianfranco Bichine, the ‘Feels’ video has the same elegant charm as its predecessor.

Previously featured on Chill Music with the previous release ‘Traps’ they commented on the bands overall theme for this upcoming album: “Focusing on the lyrical content, this duet captures the heart, mind, and soul. It is a tough topic to admit one’s true feelings in a relationship that has soured over time. ‘Traps’ dwells on the negative emotional effects one feels when they feel that they have no other option but to remain pinned down in a relationship that does not serve them anymore”

Jessica Ford is a breathtaking performer in general and this  video is no exception. She makes engaging and heart wrenching eye contact with the camera, and it feels like she is talking directly to the viewer – we have chills. ‘Feels’ and all the titles before it deal with heartbreak and the emotional turmoil anyone can find themselves and as a result this work is a relatable masterpiece without a doubt.