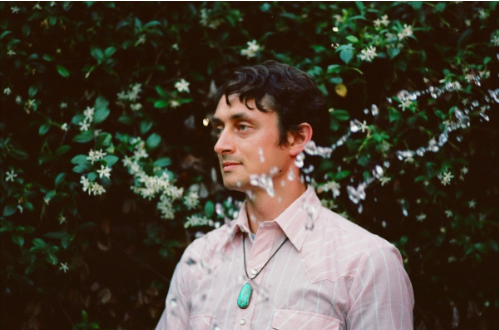 New Orleans based band, Night Water released their latest single, “All You Want,” off their upcoming album, ‘Leave No Trace’ our January 7th. “All You Want” is a swerving, propulsive track about loving someone with depression. Featuring influences of tropicalia and jazz while staying firmly rooted in the world of late 70’s pop.

Night Water is the music of Travis Bird of New Orleans, and omnivorous guitarist and writer of songs exploring meaning, identity, and musical energy and movement. Night Water evokes the solitude and mystery present in its familiar words: inviting, foreboding, filled with the possibility of shimmering insight in the dark. Influenced by touchstones of rock, folk, vintage pop, and tropicalia, Night Water also takes inspiration (and its name) from underground Soviet minimalist poetry. Bird’s longtime work as a projectionist and experimental film curator inspire his perspectives on texture and tonal colour, as Night Water explores the hidden worlds present in concise, self-driven art.

Leave No Trace​, Night Water’s 2019 debut, was shaped in New Orleans’ French Quarter and on the shores of its bayous, watching endless parades of human activity from a distant mental place. It asks the question: when you make yourself vulnerable and things fall apart, how do you put yourself back together again? While there are no set answers, the nine songs on ​Leave No Trace​ traverse plenty of territories to explore one subjective experience.

The band is a new project by a longtime musical adventurer. In New Orleans, Bird developed the intricate project The Land Between The Rivers and now finds seams of surprise in the dark Americana of Guts Club. His early time in Chicago featured antics in jumpsuit-sporting Team Band and drumming with vitalist pop searchers the Leavitt Ours. He is co-curator of Notice Recordings, an experimental cassette label that has released his work in the non-instrument improvising duo Dense Reduction, and has duelled in a guitar duo with Daniel Burke (Illusion of Safety). He has also put in significant time in cover and tribute bands, lending an even broader perspective to his influences and feel for the Rock Gesture.