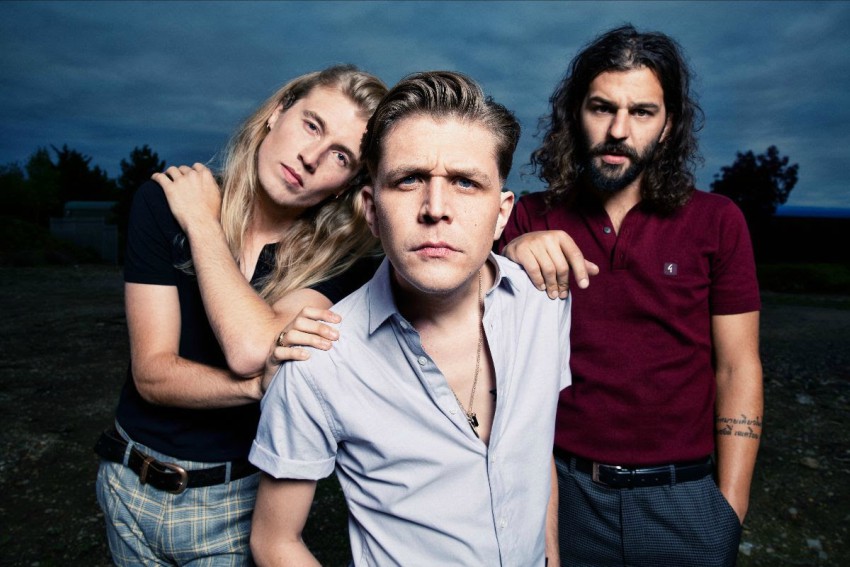 Bedford trio The Scruff have shared the video for their new single, ‘Vultures’. Featuring the band performing to a virtually present crowd, the video highlights the disparity between individuals’ real world and their online personalities.

“Shot on the cusp of lockdown, the video is a tongue in cheek look at how we consume music and media in modern times,” explain the band. “Made all the more relevant by current social distancing measures, the video focuses on the way people behave online vs how they would in the ‘real world’, a world that now feels further away than ever.”

‘Vultures’ is the first taste of what to expect from The Scruff in 2020 as they set their sights on their debut album. They bring punk-fuelled energy matched with a contagious indie-pop sheen and dexterous songwriting. The track is produced by Jason Perry (Fatherson, Don Broco, McFly) and mixed by Drew Bang (Slaves, Royal Blood, The Japanese House).

While ‘Vultures’ looks outward onto the chaotic world today, the band also display deep intimacy as demonstrated in previous hit single ‘Her’, written about personal loss and tragedy, which captured the hearts of Radio 1 who featured the single as their ‘Track Of The Week’, while also achieving great critical praise.