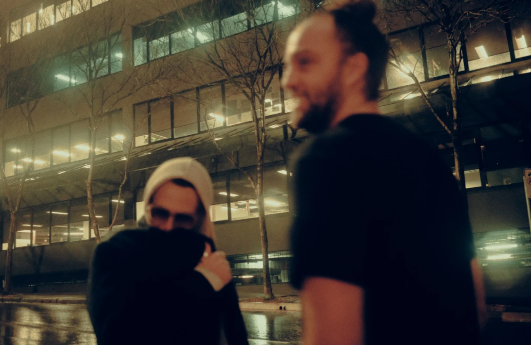 Australian indie-electronic duo BOO SEEKA share the second taste from their much-anticipated sophomore album with the impactful and aptly titled “Days Get Better.”

The track sees the duo experiment with a darker, edgier style of pop whilst maintaining the unmistakable BOO SEEKA sound they’re known & loved for. Recorded on the Gold Coast with producer Matt Bartlem (Lastlings, Matt Corby), “Days Get Better” is a sonic testimony to 2020 that poses the question on everyone’s mind, “How long til’ the days get better?”

“Sticking to the rules and regulations that are needed to wipe this pandemic, let’s just say the process of recording this record has been a roller coaster. With everything changing day by day, we can only hope that soon, the days will get better for everyone,” say BOO SEEKA.

Since breaking out in 2015 with their debut hit “Kingdom Leader:, which has since accumulated over 15 million streams, BOO SEEKA have dominated national consciousness & for good reason. The pair’s dynamic energy both in the studio and on stage has allowed them to stand out amongst Australia’s thriving music scene, and stand the test of time.

BOO SEEKA’S 2017 debut album ‘Never Too Soon’ was met with global acclaim with triple j describing the record as a “beautifully crafted, worldly-sounding body of work”. The album debuted at #8 on the ARIA album charts and earned the home-grown heroes coveted spots on esteemed festival lineups Beyond The Valley, Groovin The Moo and Splendour In The Grass as well as selling out numerous headline tours across Australia, North America and Europe.

2020 sees BOO SEEKA finishing writing & recording the follow up LP  to ‘Never Too Soon’, set for release early in 2021. Watch this space!