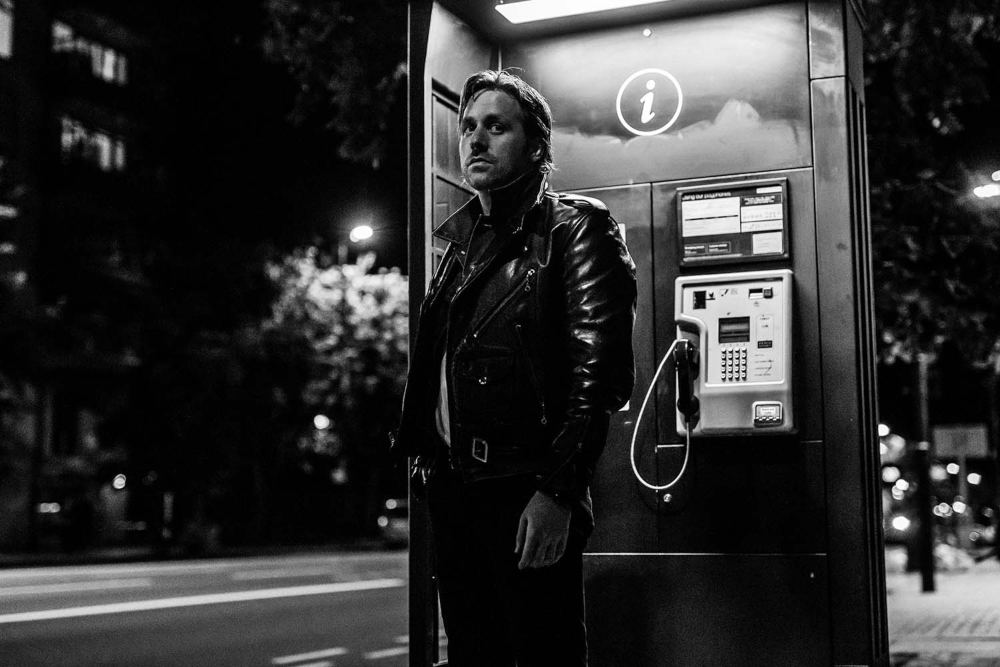 Meet Drew Davies, the rock soloist with an agenda

Some people use music as a form of self-expression while others use it to fill the void that silence creates. These days, the third option of social commentary is less common. Take a walk back into the seventies with us where music fought socio-political issues and raging against “the man” was a driving motivator in the industry.

Drew Davies embodies these ideals with his latest release, ‘Beautiful World’ via AD1. The track is lifted off of his upcoming EP, We Need To Talk which will be released this Friday. Take a listen to the song as you learn more about the London-based rock soloist below.

That would probably be through my parents’ record collection. Me and my sister used to wait in the car back in Sheffield listening to my mums tapes, things like Tina Turner and I remember Madonna’s Immaculate Collection well! In term’s of deep appreciation my dad had an original copy of King Crimson’s ‘In the Court of The Crimson King’, and ‘A Night at the Opera’ by Queen. I used to blast 21st Century Schizoid man through our house when they went out and also Death on two legs (alongside the Prophet’s song). The former might be part of the reason I love sax in rock music, hence what I went for on Beautiful World.

Lyrically, it tends to be things that have a profound effect on me, relationships and social commentary seem to be themes for me. Musically, I’ll employ different writing techniques to come up with ideas, sometimes I will wake up with a melody in my head – so I sleep with a keyboard on the bedside table for these instances! But I’m always looking for new inspiration in the things I see, hear and experience.

As a musician, it becomes apparent that there is a huge difference between the art and the business. Is there anything about the music scene that you would personally change?

We live in the scientific age that’s for sure; a brave new world where anything is possible but all things carry a price. I’m enjoying the independent side of life and exploring possibilities with my music, away from bands. My aim was to make a record focussing on the songs first and then to just get my work out there and it’s easier than ever to do that. But there is so much out there and a lot of white noise to get lost in, and a lot of folks don’t think their own crap stinks so there’s a lot of sacrifices and persistence to get into the proverbial party. But I enjoy the challenge and I think it’s really important to build a team you can trust and keep all those plates up in the air.

What would I change? Probably the necessity to spin so many plates as I’d prefer to focus on the music, but we have to start somewhere and that’s the nature of the beast.

That’s a very difficult question! Some of the things people have written have been astute observations or interesting interpretations so I enjoy that. A few people who know me well have said, “It sounds like you”, which is probably the biggest compliment. I tried to put myself into the music and be as natural and honest as I can. That means not oversinging and just trying to be straight forward in my message and theme. That’s not always easy but it’s something I’m working towards, I don’t think there is much originality left so I find authenticity to be the most valuable thing I can possess as an artist.

Tell us about the socio-political issues you’re addressing in ‘Beautiful World’?

Sure thing, so for context, I don’t own a television and one day I caught the news and was shocked at the abject negativity on the screen; it felt like 1984s daily hate. So I tried to write a song about how that made me feel. The vehemence of people on either side of the Brexit debate, the climate crisis staring us all in the face and the rise of a 1% whilst more and more people are marginalised to the edges of society. Living in London I guess I pay attention to a lot of the conversations going on around town and a lot of what I see. It’s frustrating to be a part of and I truly believe we need more empathy and understanding for each other.

The video itself took cues from some major artists who’ve tackled essay footage in a lyric video but I wanted something that encapsulated what I was hearing, seeing and feeling. Juliet Bryant did an amazing job with visuals as always.

Your EP, We Need To Talk will be released on Friday 22nd. Which track would you like people to pay extra attention to?

I think for the above reasons, Beautiful World. It’s not a single but I think it’s a message people need to hear. Patience, understanding and empathy for the person stood next to you. It’s the most rock of all my songs and a little more progressive but I think that’s an interesting angle against the Rock-Pop of tracks like Man on the Run, Mrs Taylor and Living the Dream.

So I’m late to the party but I discovered Spotify again about 4 or so months ago. So I’m on a journey of discovery! I’m listening to LCD Soundsystem quite a bit, a lot Brian Eno’s classic ambient records Apollo and Airport music. Also, I’m really enjoying Richard Hawley’s new record. John Grant’s always in there alongside Alex Cameron, Sharon Van Etten, Talk Talk, and a huge love for The Blue Nile.

Obviously, I’ve got the EP coming out and I do have a whole record completed. I just want to explore the best ways to release that. I’m looking at 2020 for that. Otherwise, I want to tour next year and there are some European dates in the pipeline. I’m always writing too and I think I’ll start a second record next year also, so it’s more or less tour, write, record.

There goes my beautiful world?