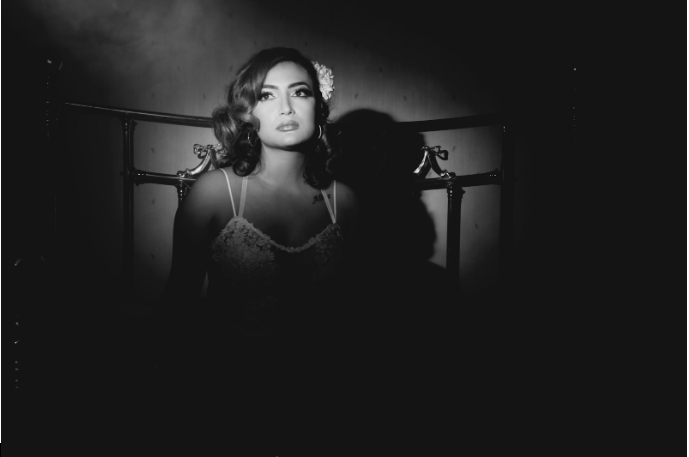 London-based artiste Lux Lyall brings an enchanting, Old-Hollywood noir mystique with her third release ‘Gun Metal Horses’. Inspired by her Cypriot childhood and life’s arduous reflections, the glamorous newcomer explains, ’ Gun Metal Horses’ is about longing for the past, fearing for the future and reflecting on the present.

“I wrote the lyrics when I was visiting my best friend in Cyprus, where I grew up. We spent our days riding horses around the fields like we were kids again – and in those precious moments, I didn’t have a care in the world. I guess sometimes you just need to take a break and breathe before moving forward with life.”

Alongside the track, she has shared the beautifully mellow poem ‘A Stitch’, which is a moving 1minute-long soundscape written and performed by Lux.

It is the third instalment from the up and coming starlet, following her stunning debut ‘Teeth’, which is about personal and emotional survival linked to mental health and the recent single ‘Switchblade Baby’ which was inspired by a strong character who “evolved into this patron saint of broken women who aren’t ready to throw in the towel”.

The B-sides to both tracks, ‘Among the Water, Among the Weeds’ and ‘Milk Thistles’, are further portrayals of Lux’s delicate lyrical skills and creative storytelling taken from her self-published works ‘St Valentine’.

Arriving into 2019 with a unique and intriguing style that draws on Old-Hollywood’s elegance and evocative charm and melds it with modern-day dark, dreamy pop sensibilities, Lux Lyall introduces us to a glimpse of her glamorously wicked world, with so much more ready to be revealed.