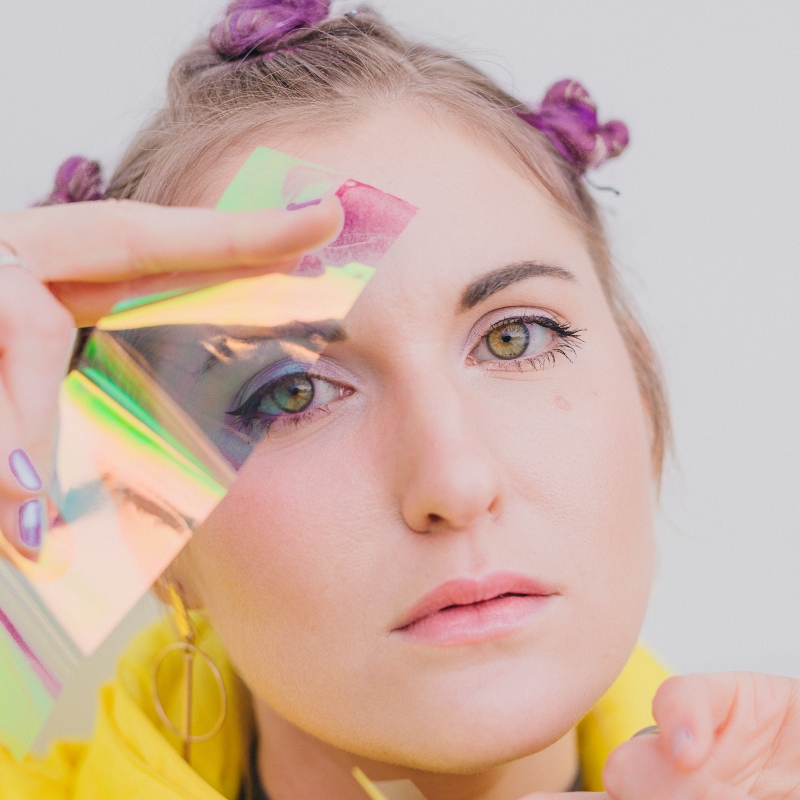 Kate Ellwanger a.k.a. music producer Dot is an emerging talent that has also launched her own imprint Unspeakable Records. Under the label, Dot has helped produce music for the likes of acts like SZA and Teri Genderbender. Also a qualified music teacher and coach, Dot helps empower other producers and artists trying to make way through a saturated market. Dot’s musical style is a mix of alternative and R&B with somewhat ethereal ambience added into the mix. Her latest single ‘Want To Say’ via bitbird talks about the anxiety of sharing your true feelings with someone who you are smitten about.

We chatted with the emerging producer and multi-talented act below.

Please describe your sound for us.

How did it all start for you?

I started out as a classical musician (voice and piano) and studied traditional western music theory for most of my childhood. But when I got to college I felt that something was missing from my musical experience and didn’t get much satisfaction from mechanically performing music written by dead white guys. During my freshman year I ended up taking an intro to music technology class with Steve Nalepa, and my life completely changed when I downloaded Ableton for the first time. My mind was blown when I discovered what was possible for me to create with just a laptop and pair of headphones, and I’ve been obsessed with music production and sound design ever since.

Which three artists would you say made you want to create your own music?

What is your go-to gear/equipment when creating?

This always changes for me seasonally, but right now I’m loving the Moog Matriarch, and OB-6 by Oberheim and Dave Smith Instruments.

What are some of your key influences in your music? Whether it be the sound created by others, imagery, films or any kind of art form.

I’m very inspired by gaming right now – not only specific video games from childhood, but the medium as a whole is still so amazing to me. The amount of freedom and endless imagination that gaming offers players is unlike any other art experience, and that transportive quality is something that I strive to create in my music as well.

What is one sub-genre you think doesn’t get the attention it deserves?

Jungle for sure! I love that it’s starting to make a comeback right now. Highly recommend checking out the Where The Day Takes 2 mixtape from Daedelus and Goodnight Cody on Dome of Doom.

Any new or upcoming artists on your radar?

What single night out has been the most memorable for you? As a performer? As an attendee?

Oof, this is such a tough question! It’s hard to narrow down, but I think the best night out in recent memory was playing my first show back from the pandemic in June of this year. It was a sold-out show at Echostage in D.C. and the energy from the crowd was unlike anything I’ve ever felt before in my life. Was so cool to be able to hear music that I had created during the lockdown on a big system for the first time and have such a positive reaction from everyone who was there. A very healing moment.

I think one of my favorite nights out as an attendee was at Low End Theory – There are too many memorable ones to try to list out, but hearing one of James Blake’s DJ sets there had a big impact on my perspective as an artist.

What can we expect from you in the near future? Any upcoming projects in the pipeline that you would like to tell us about?

I have lots of releases slated for 2022, but I’m dropping a new single from my next project AMBUSH EP before this year is up :).

Life is yours to make, so create what you love rather than dwelling on what you hate.

‘Want To Say’ features on the Spotify playlist POP_GROUND.fm