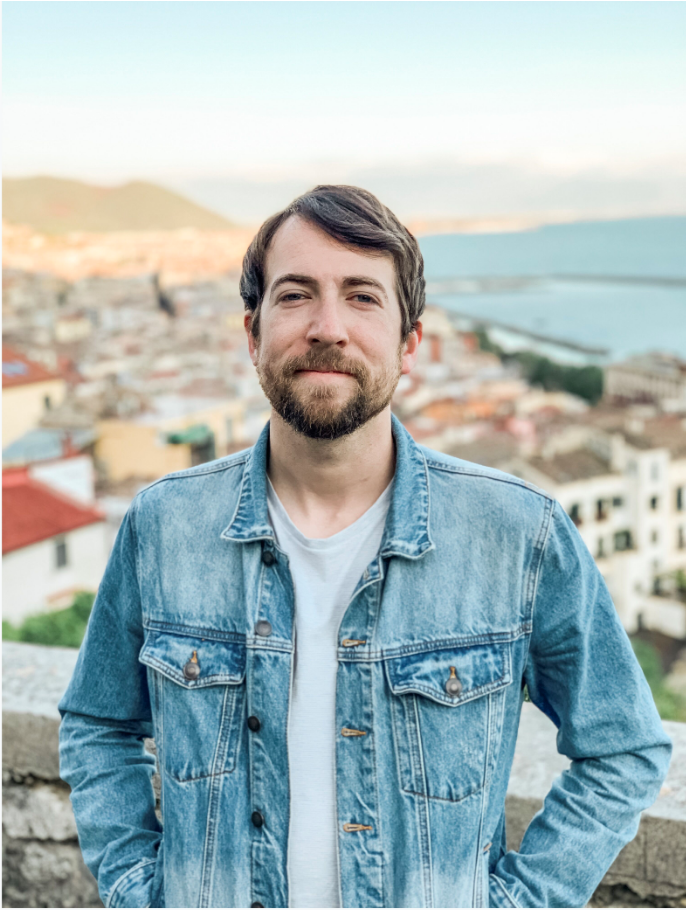 Indie-pop rock singer/songwriter Native Culture (David John Hogg) had the first glimpse of Salerno, Italy as a 17-year-old college freshman after which he knew that he would one day call the city home.

In September of 2018, Native Culture (David John Hogg) left everything he knew behind and moved 5,000 miles away to experience the “amore eterno” as his own, then had realized his dream.

In the most unique phase of the band’s young history, Native Culture now finds itself as a transatlantic ensemble and has embarked on an equally ambitious adventure with ‘Bella’: the story of the quest for la dolce vita told chapter by chapter through one song each month.

I’ve had an appreciation for music since I was a kid. Both my parents are musical to some extent, so there was always something being sung or played around the house. Early on, I was introduced to the likes of James Taylor and Tracy Chapman, which piqued my interest in the art of storytelling through songwriting. That theme continued for production as well. It was composers like James Horner and Hans Zimmer who provided the scores to some of my favorite films that really brought the dramatic elements of those narratives to life.

It varies from song to song. Sometimes, a hook will pop into my head out of the blue, and I have to find a quiet corner to discreetly hum the melody into a voice memo on my phone. Then I’ll build on that and add lyrics along the way. Other times, it’s a lyric or a theme that I want to explore that serves as the starting point. Right now I’m living in southern Italy, and my bandmates are in Florida, so the process is pretty isolated. Once I’ve got the foundation, I’ll try to create a demo on my phone or computer with more instrumentation and then send it along to the guys for their input.

Lately, it has been reading novels by authors from “The Lost Generation” like F. Scott Fitzgerald or Ernest Hemingway. Even though it was a different era, I can relate a little bit to their experiences as a fellow ex-pat. I’m also inspired by watching films or taking a walk along the coast.

As a musician, it becomes apparent that there is a huge difference between the art and the business. Is there anything about the music scene that you would personally change?

We live in an interesting time where you live and die by your social footprint. I think social media can be a great tool to reach a broader audience and connect with people all over the world that you otherwise wouldn’t have the chance to, but it can breed discontentment when you see someone else projecting a false image of themselves and think, “Am I failing? Should I be farther along than I am right now?” I’d love to see more collaboration and support among artists at a local level. There’s nothing like the energy of a vibrant live music scene in a city, and I don’t think it has to be a competition. A communal environment where artists are willing to celebrate each other’s successes, be honest about the pitfalls, and share those experiences and resources to help one another is a place where everyone can succeed in their own way.

It’s a bit like two pedals on a bike- both are equally as important. Few experiences can match the excitement of a live performance and connection with an audience. Those moments are so special because they become a shared experience for everyone in that room. It can be raw and messy and vulnerable and beautiful. But the process of being in the studio and seeing your work come to life piece by piece is just as incredible. Then you get to take what you’ve created and show it to the world in a live environment which makes you want to get back into the studio, and the cycle keeps repeating.

I was rehearsing one night for a show I was playing in Salerno, Italy, a couple of hours later, and the song that would become “Bella” just came to me. I wrote it in about 30 minutes and decided to close the set with it that night since it was about the city I was playing. The audience loved it and was so grateful to have a song written about their city. Over the course of the next year, I had the song translated into Italian and surprised the audience when I returned to their city the following year by performing it in Italian for them. I was equally as surprised when they asked for an encore in English, only to find out that they had all learned the song in English and passionately sang along to every word. It was a night I’ll never forget.

Right now I’m loving Tim Baker, MUNA, Cape Francis, Golden Daze, Leif Vollebekk, and lots of others. You can check out the playlist I made for the fall here: https://open.spotify.com/playlist/0IHsYKgJwfKuoR24kFusZV?si=FT6n_TjvRKe5ezzM8NY7rg

I’ve been releasing a new song every month since the start of 2019, and that will continue through at least February of 2020. The next song is called “Aftermath” and will be available on November 15th. Planning to get back into the studio early next year as well.