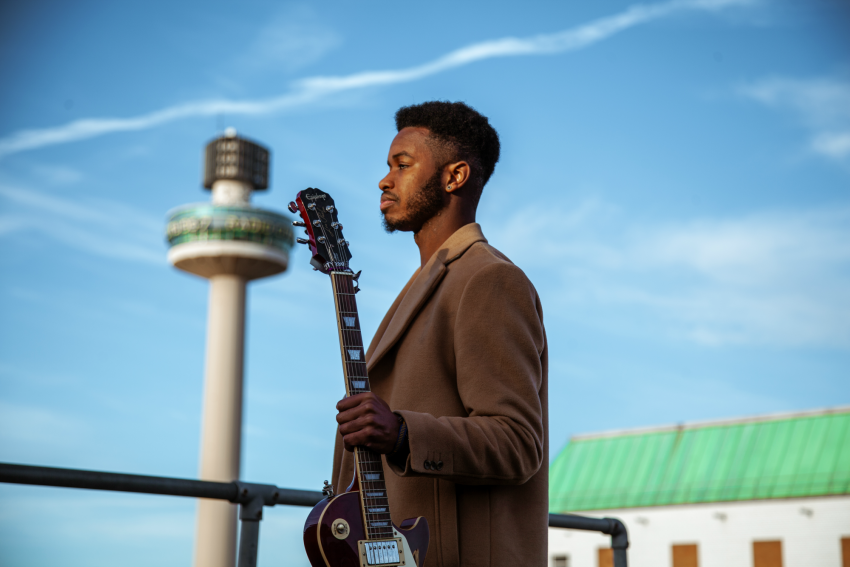 Since winning Merseyrail SoundStation 2017, KingFast’s audience has grown greatly and his sound developed.

See our exclusive interview with him below:

I partook in numerous festivals including Threshold Festival, Alsager Festival, Party On The Pitch (Prescot Cables FC), West Kirby Live, Concert In The Square and Bickerstock Festival. I got to play some great venues across the UK and Ireland including Phase One, Luton Underground, Dublin UCD during freshers, Castle Hotel and Gullivers. My debut single ‘One Day’ received over 1,000 streams in its first month too. I feel that 2020 can still be an amazing year even with the current climate.

A bit of a fusion of Pop, Soul and R&B. My latest single definitely has a Jazzy feel to it with brass and a 6/8 time signature.

I remember being very young and watching Michael Jackson’s music videos. The artistry in his music videos and songs together with his dance routines was so entertaining. But from then I was looking into all sorts of music and subconsciously forming my own artistic identity.

It can be different depending on the song sometimes I write lyrics while I’m out and about just on my phone and the music and melody come later, sometimes just a melody can come into my head, a riff or sometimes a song can come quite fully formed while strumming on the guitar.

I played the Formby Festival a couple of years ago and that was quite overwhelming. That was probably the biggest crowd I’ve played to and they made a lot of noise for me, I really enjoyed it.

I think with the way we consume music these days it would have to be as eclectic as possible, that would keep it interesting for me too. But definitely would feature heavily on R&B, Soul, Hip-hop and pop. I’d be the sort of radio host open to anything though, independent or major.

I’m intending to release my next song ‘Avenge’ in early Summer but we’ll have to wait and see how things pan out.

I’m going to be productive and optimistic after lockdown.