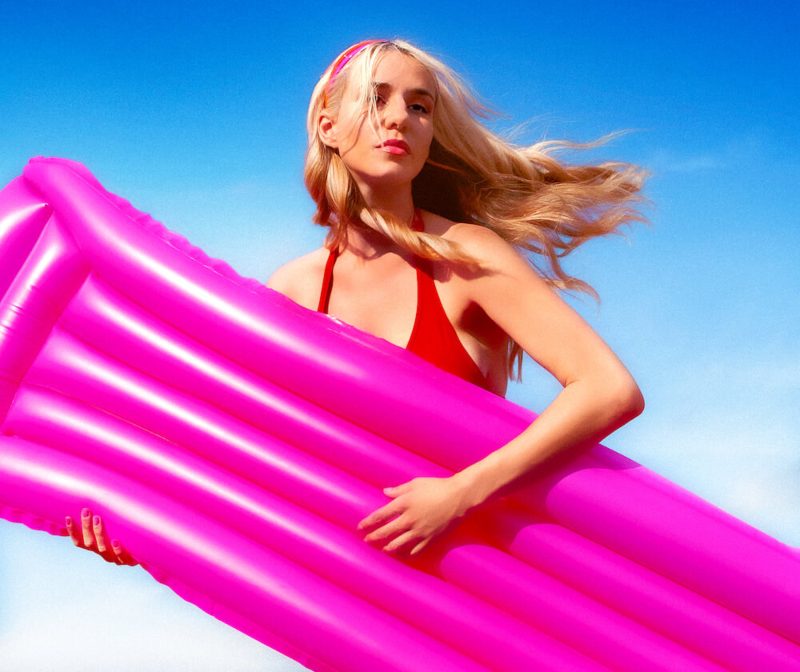 Soulful and sultry, Mila Robert’s latest single ‘Break Up With U’ is the first to be released from her forthcoming EP titled Gap Summer, which she impressively produced the instrumentation for. The project is set to be released on the 3rd of August. Her vocals are as catching as her album artwork, complementing her fiery personality. Speaking of which, let us delve deeper and get to know the artists behind ‘Break Up With U’. She had some wonderful insights:

Actually, the first time I kicked in my mother’s belly was at a Sting concert. She says that at this moment she wished for me to sing as well as him. I’ve been obsessed with music ever since I was a kid. I remember that I wanted to hear every music genre and asked my parents to bring me different CDs. I remember having a Walkman and going to kindergarten with it. I’ve dreamed of producing music ever since I was 15, but I had no laptop, and good computers seemed unaffordable. Then, at 24, I was able to buy a MacBook on my own and then immediately received an invitation to study music production at Sound Ninja Academy, and I see that as destiny.

The song “Break Up With U” is the first song from my upcoming EP “Gap Summer”. I produced and wrote the songs last summer. This song in particular is a song about being ready to be on your own, finally, and not to cling to the love that you know – it’s good, but you are not completely all in. You’ve got to be honest and break up.

I invest a lot of time and money, but for me it’s cool. I’ve been blessed with being able to make money from music for the past 4 years, so for me it’s an honour to invest.

The first time a girl tattooed my lyric on her shoulder was wow. Last week I sang my EP in Berlin and this guy went crazy and really pumped me up. There’s not just one for sure.

Yeah, I think that life is my biggest inspiration. I just love the whole thing. It’s cosy, people are so interesting, our own minds are insane and I’m so excited.

For now it’s just my upcoming EP “Gap Summer” – watch out for that, it’s going to be great!

Be generous and kind, put others first, but never let anybody shit on you.

‘Break Up With U’ features on the Spotify playlist POP_GROUND.fm