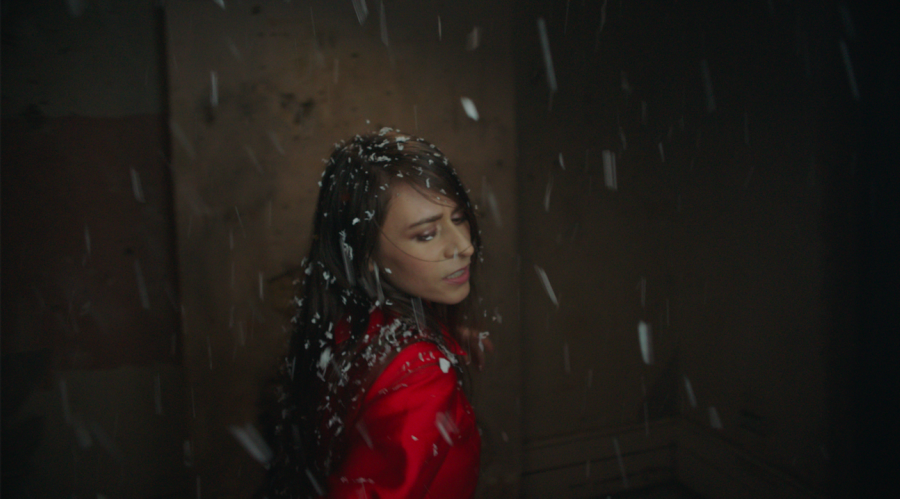 London based duo YOVA (Jova Radevska & Mark Vernon) have announced that they will release a new single.‘Rain’, the follow up to their recent debut single ‘Moondog’, was originally recorded by the YOVA line up of Jova Radevska (vocal & lyrics) and Mark Vernon (music) together with Rob Ellis (drums, organ, backing vocals & keyboards), Ian Olliver (bass) and David Rhodes (guitars).

‘Rain’ was co-produced with Martin McDougall and then mixed by Grammy-nominated Cameron Craig (Bjork, UNKLE, Annie Lennox and Joe Strummer). The initial single will be followed by a special mix from Erasure’s Vince Clarke that will be available from the 28th of February, both tracks will then be released as part of a four-track digital bundle on the 6th of March 2020.

See our exclusive interview with them below

Jova – Being played on BBC Radio 2 & releasing an amazing black & white video made out of paper prints, the way they used to do them in the old times

Mark – Release of our first single ‘Moondog’ and hearing it on radio for the first time  (Gideon Coe on 6 Music). Also the completion of the accompanying video …an amazing black and white film made from 880 stills directed by Cristian Barnett

Jova – Eclectic, something for everyone

Mark – Mysterious and distinctive vocals, coupled with emotionally charged lyrics that in turn both capture and stir the imagination. They comment on the worldly and other-worldly realpolitik of personal identity and self worth, and quietly illuminate a unique and brave narrative for all of us in these Songs For Uncertain Times.

Jova – It could be different every time, lyrics can flow as the music flows, lyrics are added to an already made musical piece. We can work on the instrumental first and later on the lyrics, or lyrics first then add them to a newly made instrumental.

3 Deconstruction / reconstruction:  Honing down lyrics, defining the optimum key, locking in the song arrangements and cementing raw live demos. These we to and fro until we are ready to

5 Studio and Imput of Team YOVA

Jova – Someone saying it saved their life, which is a very honoured comment to have received.

Mark – Genre-free music from around the world interpolated in the way John Peel did – a BBC World Service Sonic Mash Up for independent cutting edge sound.

Why? – to stretch the ears, open the mind, and not to categorise music to any predetermined formula. Keep it global. It would be called “Expect The Unexpected… !”

– The making of an incredible and very moving animated video to one of our forthcoming songs An Innocent Man directed by Jess Cope of Owlhouse Films and based on Harper Lee’s iconic ‘To Kill A Mockingbird’.

Mark – To be continued…