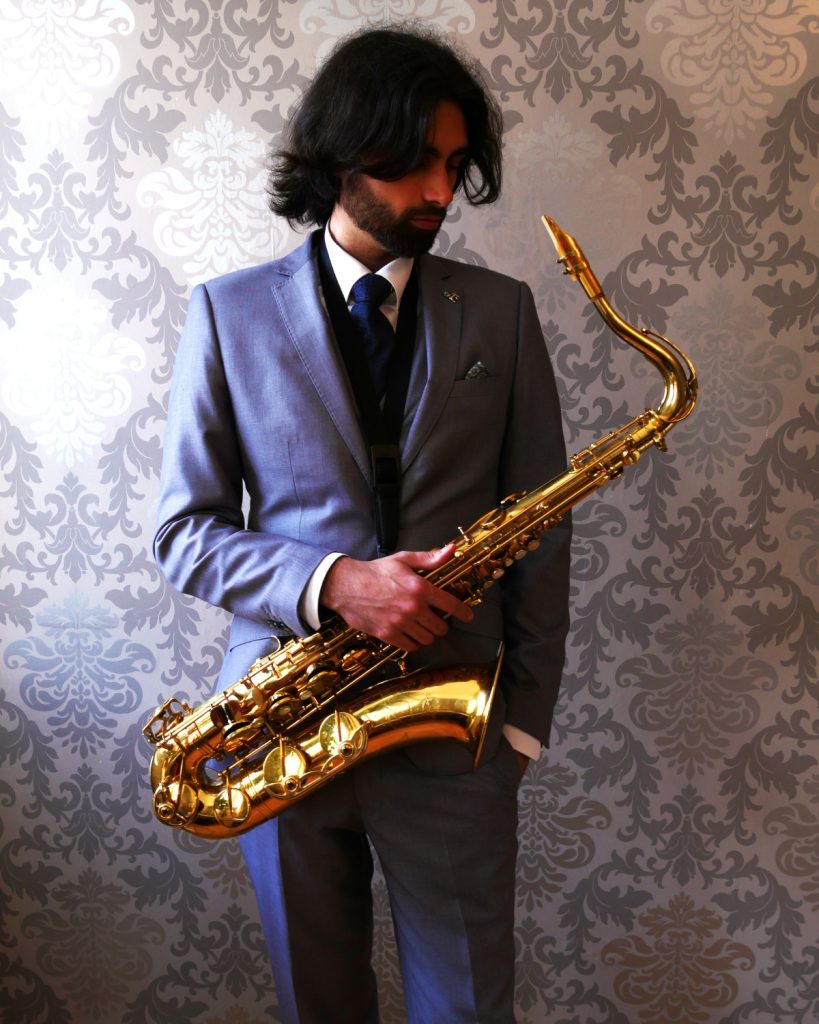 Jazz musician Milo Lombardi has launched his new moniker NiftySax with his latest album Spheres. With a desire to connect to the third eye, the producer wanted to create a meditative work that connects one to the soul, earth, and its surrounding planets. The result is a 55 track release via Legato Music. This work takes an emotionally softer and more cordial approach, with upbeat saxophone notes and warm ambient tones. Milo Lombardi has achieved his goal of making a more emotionally accessible work, and he does so with grace and pizzazz.

We unpack the process of creating Spheres with Milo Lombardi below.

Discovering Kind of Blue by Miles Davis in my early teens might have changed my trajectory as a musician. I still listen to that album on a weekly basis! The peacefulness and simplicity of ‘Flamenco Sketches’ is something I always carry with me.

And as far as composition and music production, I was deeply inspired by the soundtracks of John Williams and Hans Zimmer. Their ability to take me to certain emotional places with such precision is incredible!

Your latest album features 55 tracks in total. What led to this decision of creating this big body of work?

That number came during the conception of the NFT collection and was calculated in order to achieve my desired rarity structure:

Recording all that music was tough but totally worth it! It was quite a journey. All the 55 tracks follow the same ethereal theme of the music of the spheres and the large, never-ending reverb that glues all the pieces together with the aim of taking the listener on a journey through higher dimensions.

The music of the album is all a stream of consciousness and staying true to the ethereal, peaceful theme meant I had to scrap a few of the pieces I recorded which went into darker territory. I’ve already released one of these recordings as an NFT, titled Interference, the lost Sphere. One day I might release the rest of the “dark” spheres as an album as well!

The music is all a stream of consciousness. Nothing was actually written down for this album.

The germ of the idea came during the summer of 2021. I had just finished releasing the Nifty Sax Genesis series, which was a very pure form of expression and as such, sometimes quite dissonant. I felt the need to create something more accessible and peaceful. Something that the listeners, myself included, could put in the background while relaxing and meditating.

Recording all that music was quite a journey and was totally worth it!

For this particular release, the goal was to let go of all control and let the music take over. Let it take me to places where I would not normally venture.

When it comes to my music, I feel like if at least one person really gets it, then I have done my job and I’m happy.

When I was playing on the streets of Berlin, a guy stopped to listen and when I was taking a break for a moment he came by and said: ” Wow! I feel like I’m in a shower of sound!”

I always carry that with me.

You previously mentioned that this album was intended to be a meditative work for yourself and the listener. What do you feel would be the best setting to listen to this album in full?

To be completely honest, my recommended way of enjoying this album is to sit in a comfortable space, get high and let it play. Let the music take you to other places in your universe.

Apart from that deep listening, I also listen to it when I work. I find it very relaxing and conducive to a ‘no-stress’ kind of productivity!

A non-musical thing that is important for me is mindfulness and meditation.

I am currently in the middle of a 7-week long collab with Fifi Rong. The project is called Harmony, by Fifi Rong & Nifty Sax.

It’s intimate, meditative sax & vocal music based on the 7 chakras.