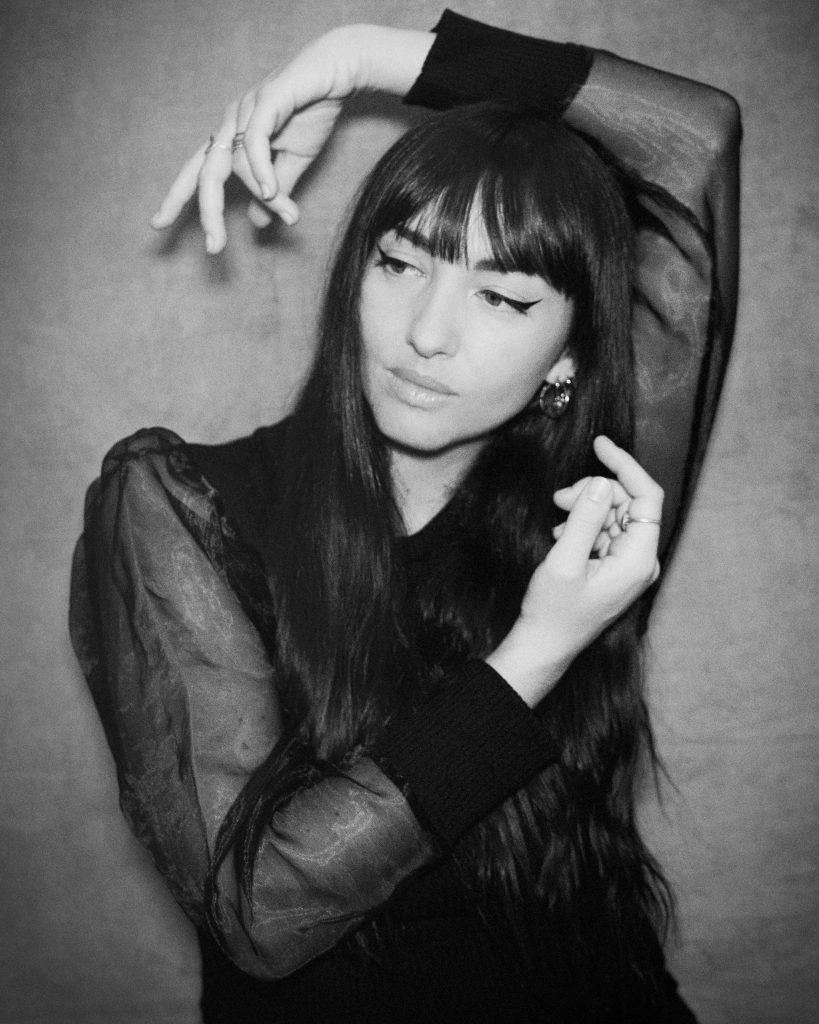 Liz Cass’s musical journey has seen her grow from being a choral scholar in the Lincoln Cathedral Choir, through to life as a live jazz artist and more recently as a top-lining vocalist for world-renowned house and dance artists. A chance meeting with singer/producer Ali Love after his performance at the Goodwood Love Bullets party saw Liz find a songwriting partner she had long been looking for. Those writing sessions helped her find her sound and finally write music that is truly representative of who she is.

Her latest single, ‘Bad Love’, is out now and Liz has teased the release of a music video on Friday, 7 August, so keep your eyes peeled!

My dad had a fairly extensive and varied record collection so I was introduced to all sorts from a young age. The Beatles, Bee Gees, Simon and Garfunkel, various old musicals and of course Jazz – he had them all! I also have really vivid memories of him playing the Beach Boys in the car every Saturday driving my brother and I to swimming lessons. I don’t know why but that really sticks out and makes me smile. It was actually my step-mum that discovered I could sing when she introduced me to musicals like Les Mis. Once I really got into singing my appreciation of different musical genres just grew and grew.

I suppose my earliest experience of music production was trying to make my first ever creations with GarageBand on my first Macbook. It was so easy to use. I’ve progressed to Logic Pro X which Is great for vocals.

Please tell us more about how ‘Bad Love’ was conceived.

I was top-lining on house music tracks and released several collaborations but I got to a point last year where I finally felt really ready to release my own music. My background is Jazz and Blues and I’m influenced by various genres so I wanted that to feed into my music. I’d met my co-writer Ali Love the previous summer by chance after seeing him perform at a party and we ended up making some house tracks together. It was during those recording sessions he’d get his guitar out and start jamming and playing country and blues tunes which were a surprise as he’s known more for house music. I asked him if he’d consider co-writing some material for my solo project. I think I bugged him for about 6 months before I finally managed to pin him down for a studio session. We wrote ‘Bad Love’ over three hazy summer days last September.

I generally work with a co-writer/producer and I write the top line. For me it’s usually the music that inspires me. When i’m hearing something on guitar or piano that really connects with me the melodies and lyrics just flow out of me and I tend to write them out as a poem. If the music gets me right in the heart, I find the bare bones of the song come very fast and then it’s just time spent refining it. I also like to listen to lots of other artists that inspire me when I have a studio session coming up. It always gets lyrics stirring in my head.

I’m very emotionally invested in my music. Pretty much all my songs are autobiographical in one way or another so it’s quite nerve wracking putting that out there. It’s a bit like therapy though – it feels better once it’s out. Music is to be shared and enjoyed. It’s never going to be everyone’s cup of tea so i think you just have to hope that it will connect with people. Even if one person connects with it that’s something isn’t it?

I wrote a song called ‘As I Am’ for my friend’s wedding and sang it in the church and I guess it was a mixture of the emotions of the day and the setting but there were a lot of tears! It really seemed to touch people. It made the bride very happy so that really meant a lot. Moments like that just remind me of the power of music.

I’ve always been quite a melancholy and emotional person which is a double edged sword. But it definitely feeds into the music. My mood and emotions will affect the song’s trajectory. I write about what’s going on with me or the world at the time so that influences the outcome.

My follow up single to ‘Bad Love’ will be out towards the end of the summer ahead of a 6 track EP in the Autumn. I’ve been working on new material since October last year at Rainbow Wood Studios with my producer Ed Graves so I’m really excited to release all this music over the coming months.

Music was the answer…