INTERVIEW: We caught up with The Ha’ Pennies 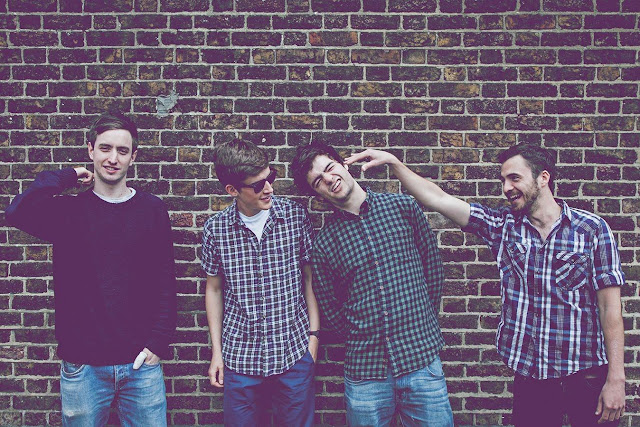 The Ha’ Pennies’ aim to be the band that gets you moving your feet, grinning and singing at their live shows. Having just released a new EP and securing a few festival slots this Summer, The Ha’ Pennies are practising, gigging and creating more than ever. Here’s what they had to say.

Hi there, how are you and what are you up to today?
Hello, I’m very well thanks (it’s Dan speaking too by the way). I just dropped off a dress to my ex-girlfriend – typical Thursday morning, then had a meeting with a videographer who’s agreed to make a video for us. It will be for a song called Together off our brand new EP.

To those not familiar with you, how would you describe your sound?
To sum up in short; Tainted, Indie, Folk, Rock, Pop, Blues, Soul, Funk, Punk, Psychedelic, Post, Modern, Alternative.

What are the 5 albums that have influenced you the most?
1) Aha Shake Heartbreak – Kings Of Leon

2) Stereophonics – Word Gets Around (as a Welsh ten year old boy, listening to that album got me far more excited than anything else at the time)

4) Willy Mason – When the Ocean Gets Rough

Which other artists are you into at the moment and why?
Flyte – I met them when I was busking on Portobello Road. They were busking too and their harmonies and general musicality was out of this world – mighty impressive. I am secretly in love with them (not so secret any more).

The Everly Brothers – We are heavily influenced by their 2 part harmonies. Me and Homan (the other guitarist/singer) constantly harmonised growing up, trying to emulate them.

Oasis – Their music is great and their interviews are fucking hilarious. Noel has written some shite songs in his time. BUT Half the World Away, The Importance of Being Idle and about 20 others are unbelievable and justify his Godlike Genius status the NME gave him. He does an acoustic version of Supersonic with his High Flying Birds and it’s fucking fantastic – check it out.

Fela Kuti – great afrobeat and his son Sean Kuti does a song called IMF which never fails to get me moving.

Are there any key pieces of equipment that you are using to define your sound?
No. We use a distortion pedal and a tuner between us. We are definitely open to the idea of exploring those avenues, we just haven’t felt the need to yet.

What would you say some of the challenges artists face today in the music industry?
I think the biggest challenge that any musician will face is to write great music that lots of people like. Chills, tingles, feels, whatever you want to call them, are the best indicator for me of whether a song is good or not. It just feels so good. That’s why I got into music. So the biggest challenge, in my opinion, is to achieve that through your own compositions. If you can create a product that makes people feel tingly inside, then they’ll buy it. Every other challenge is secondary in my opinion.

Where do you gather songwriting inspiration?
Life in general and stealing ideas from other great songs.
Take us through your songwriting process. Are there any particular steps you take when put music together?
We usually come up with ideas individually then share it with the rest of the band. Then we’ll all chip away and sculpt it in to a Ha’ Pennies tune. That’s usually what happens anyway.

What’s the best gig you have ever done and why?
We hosted our EP launch at the end of last month (May 28th 2016). We had such great artists playing with us (Izzie Yardley, Vince James, Janissary), the venue sold out, lots of smiles, lots of dancing, it was ace. Couldn’t have asked for it to have gone much better… which was nice.

And the worst?
Too many to count, we’ve had gigs where we’ve been terribly out of tune, snapped strings, too pissed to sing, the list goes on. One time that sticks in my head is when our good friends Claudio and Francesco offered to record a gig at The Old Queen’s Head for us free of charge. We might’ve got a bit too pissed and ended up jumping in to the crowd, dancing like idiots. We actually took a bow at the end and congratulated each other on the “best gig EVER”… the next day Claudio and Francesco showed us the footage of us playing terribly out of tune, out of time, just embarrassing. It was shocking to be so deluded because of the influence of alcohol.

So thankfully we’ve stepped our game up over the last year or so and we rehearse more and treat our gigs more seriously and as a result they have been absolutely phenomenal recently, at least that’s what I’ve thought.

If you weren’t a musician what would you be?
Out of my overdraft.

Do you have any particular gigs or festivals that you dream about playing?
Glastonbury – standard.

If you could perform alongside any other band or artist, who would it be?
Freddie Mercury, Michael Jackson, Elvis, James Brown, Prince… All the great dancers because I can’t dance at all so I’d love to learn a few moves.

Do you have any information regarding upcoming releases, projects or gigs in the pipeline that you would like to tell us about?
Get our EP at thehapennies.bandcamp.com