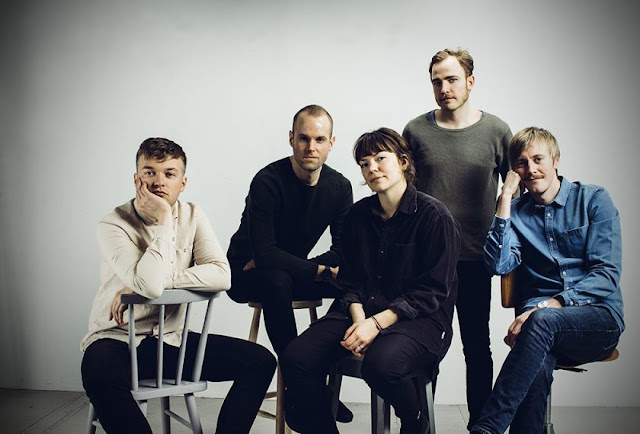 Norway’s HAJK has finally released their self-titled debut album, and their smart mix of indie and commercial pop has struck a chord with listeners and fans.

The five piece ensemble is fronted by Preben Sælid Andersen and Sigrid Aase, who share the vocals, while Johan Nord (drums), Knut Olav Buverud Sandvik (bass) and Einar Næss Haugeth (keys) are the band’s backbone. Situated in a modern pop/rock landscape, with an emphasis on very strong melodies, the band is influenced by the likes of the Dirty Projectors, Unknown Mortal Orchestra and Amason.

Q: Which artists are you into at the moment and why?

Q: If you could perform alongside any other band or artist, living or dead, who would it be?

A: Supporting Otis Redding, or some other legendary badass soul singer. We could dance all night.

Read the full interview on The Playground.