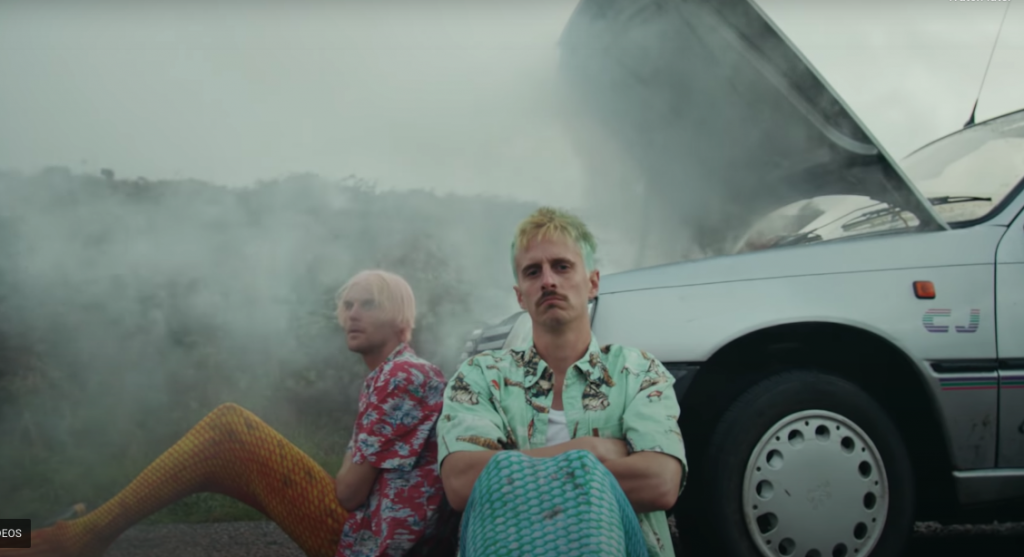 Mellah is excited to share the video for his new single, ‘Hitchin’ which is out now on Columbia.

Following a string of successful single releases throughout the year, Mellah shows no signs of slowing down with perhaps his most striking, immediate release to date. ‘Hitchin’ is a testament to this masterful young songwriter’s ability to conjure immersive new worlds; it’s anthemic, garage punk and country infused indie pop, transporting the listener to an abandoned horizon with its hypnotic, hymn-like drones and thunderous synth hooks.

In Mellah’s words, “‘Hitchin’ is about relinquishing control. Forever pining and searching and digging for contentment, meaning and joy when in reality it’s in your back pocket, all you need to do is stop looking for it to notice the free ride. The video is the best way I could think of to hammer that point home. It’s a reminder to let yourself be who you are. It’s so easy to compare yourself to others these days and you always come out second best. Contentment isn’t over there, it’s in here.”

Mellah is the moniker of Liam Ramsden, a multi-instrumentalist and songwriter with a flair for infectious melodies and an off-kilter yet razor-sharp point of view. Lyrically, he takes a candid approach to tackling the world as he sees it; everything from suburbia to social media to psychosis is explored, often seeking to subvert the powers that be. “I often feel anger at how most people accept this the way it is, so long as they’re comfy,” he explains. “My aim with Mellah was to make songs that get stuck in your head but with words that question your excuse.”