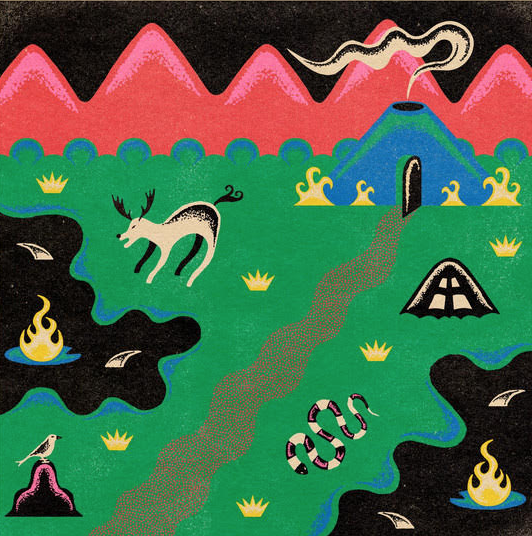 Ryan Kaiser‘s lo-fi indie pop project Yot Club stems from a diverse array of influences, and offers a unique and recognizable brand of vibrant, sunny pop rock.  Since 2019, Yot Club has released three EPs and more than thirty tracks. Taking a simplified approach to recording, intentionally working within his restrictions of owning one microphone, Ryan boosts his creativity. His sound reflects a pretty summer vibe, using distorted vocals, lo-fi beats, warm effects-laden guitars and analog synth melodies. In 2020, after establishing a presence on various indie blogs and playlists, he felt that it was time to slow down, collecting his ideas and creating something more cohesive and consistent. Musically, this was a dream scenario for him – meanwhile the full context of the global situation was horrible. This strange emotional contrast is what inspired the sound for his EP Nature Machine, released with a new record label, Nice Guys Records.

This year marks a new turning point in his whole project: surfing on the wave of “YKWIM?”s worldwide TikTok success and the accompanying streaming boost (“YKWIM?” now counts over 100 million streams on Spotify), Yot Club has worked on a new six-tracks EP, ‘Santolina’. Funkier than ever, it will be the second EP Yot Club releases with Nice Guys Records and arrives on January 14th. New single “Alive” – released digitally today – opens the EP with clean, chiming guitar riffing as open and broad as the plains before Kaiser’s vocals enter: “Straight lines, cul-de-sacs, white flowers and the TK/Bring back memories you’d rather just leave dead.”

Talking about ‘Alive’ and its accompanying video, Kaiser said: “Alive is a song about living in the suburbs. The suburbs are a surreal place because no matter where you are in America it often feels like it’s the same street with all the same stores – like there’s a giant copy and paste button somewhere pumping these places out. I wanted the video to illustrate the suburbs through a positive lens however – highlighting the satisfying repetition and comforting predictability. I had a lot of fun working with director Troy Lustick and the rest of his crew. Troy is an extremely talented and creative guy and I look forward to making more stuff with him in the future.”

On ‘Santolina’, Kaiser presents a record not avoidant of but rather in conversation with all those things that make modern America a hulking, unsustainable—but somehow still beautiful—weirdo wasteland: TikTok, corporatism, beige sandstone homes, private desert communities, manicured lawns, suburban surrealism. All in between are the people trying to make sense of it all and Yot Club is right there with you. The record’s six tracks map the terrifying, carefully-manicured haze of American suburbia, based in part on Kaiser’s childhood spent in the suburbs of Jackson, Mississippi. This unfolds across lo-fi jangle-pop, indie rock, bedroom synth, and new wave, with occasional disco and instrumental flourishes. As the video for ‘Alive’ suggests, it’s all framed with a Wes Anderson whimsy, a pull to the idiosyncratic and deadpan while maintaining a vivid emphasis on the visual.

“The suburbs are a shitty place to be from, but they’re not at the same time,” says Kaiser. “I was fortunate to be from a place where kids were playing baseball in the streets and building clubs in the woods, but as you get older, you gain a bleaker perspective on everything. That’s the whole vibe of the EP really.” The title nods to the proposed ‘Santolina’ development in New Mexico, which promises flawless suburban streets and identical houses while sucking local rivers dry to sustain the desert community.