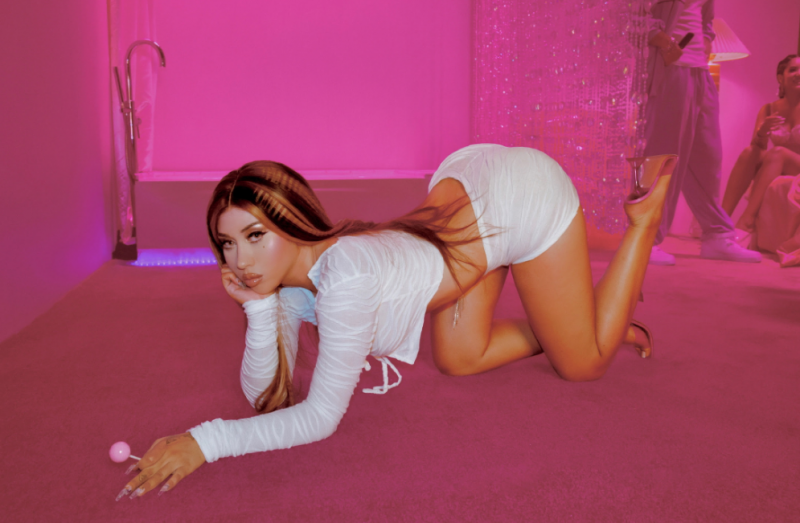 Grammy and Latin Grammy-nominated artist Kali Uchis shares the video for her latest track, “La Luz” featuring Jhay Cortez, directed by Lauren Dunn and co-directed by Uchis—watch it here. The song, produced by Tainy and written by Kali, Cortez and Tainy in Miami, is from Uchis’ forthcoming second studio album, her first Spanish language project.

“I hope to continue expressing myself freely forever through all styles, genres and mediums,” Kali says. “I hope my art inspires others to be free and express themselves too. Peace and love to all of Planet Earth. Thank you.”

Jhay Cortez is a Latin Grammy-winning singer and songwriter from Puerto Rico whose debut album Famouz remains on Billboard’s Hot Latin Albums list 60 weeks after its release. With more than 3.8 billion streams across platforms, Cortez has collaborated with reggaeton stars such as J Balvin, Bad Bunny, Ozuna and more.

Earlier this year, Uchis shared the TO FEEL ALIVE EP, a collection of demos made during her time in quarantine that Highsnobiety called “an intimate and personal project that touches on sexuality, her ouroboros-like relationship to her own work, and the experience of isolating as the world outside is radically changing.” TO FEEL ALIVE, Uchis’ first new music of 2020, followed the 2019 standalone single “Solita.”

Raised between Virginia and her parents’ native Colombia, Kali Uchis rose to prominence with her project Por Vida in 2015. Uchis’ 2018 debut album, Isolation, received widespread critical acclaim and was featured on Best Of lists in Rolling Stone, Guardian,  Pitchfork, NPR, NME and many more. Uchis has collaborated and shared stages with Gorillaz, Jorja Smith, Juanes, Diplo, Major Lazer, Tyler, The Creator, Daniel Caesar, Bootsy Collins, Snoop Dogg, Kaytranada, Leon Bridges and more and has toured the world over, with much-lauded sets headlining Tropicalia and at Coachella, Primavera Sound, Governors Ball, Bonnaroo, Lovebox, Lollapalooza and many others.