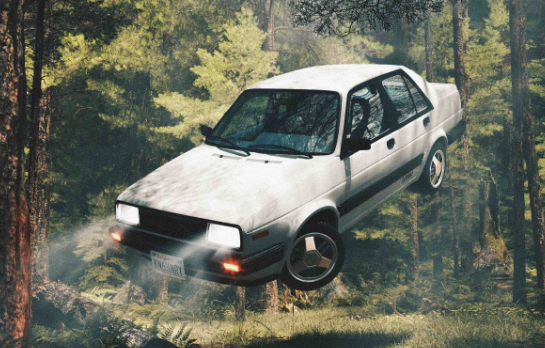 Grammy-nominated King Henry‘s atmospheric new single “Let Go” has been released alongside a dreamy visualizer set in a misty forest, perfectly encapsulating the mood of the record. Wistful and lo-fi, “Let Go” is a nostalgic call to memories of a former flame, framed against a hauntingly danceable bassline. Balanced, hard-hitting drums highlight Gina Kushka’s emotional vocals in this dark, house-inspired track.

King Henry says of the single: “Let Go came from a late-night mid-quarantine spur-of-the-moment writing session that Sasha (Sloan) and I did… Sasha’s such a good writer that sometimes we sit down to create something and have a cool idea in less than 30 minutes. This song sat on my computer in a much happier, pop-forward form for several months, then one day I pulled the vocal out and just ended up writing a new track underneath it, which then became “Let Go.”

He adds, “Ten or so different versions later, a little assist from Taylor Wilzbach, and a beautiful vocal performance by Gina Kushka, it all came together. I’ve had this one ready to go for a while, so I’m stoked it’s finally out.”

Over the past several years, King Henry (Henry Allen) has made himself known amongst the artist community as both Diplo‘s protege and a highly regarded producer and songwriter behind Beyonce’s “All Night” (Lemonade) and Major Lazer’s “Cold Water.” Releases with Justin Bieber, Miley Cyrus, Meghan Trainor, Sia, The Weeknd, James Arthur, PnB Rock, and more have catapulted him into conversations as one of the most in-demand producers of the year as he spans multiple genres with his versatility.

Allen is credited with building the careers of Sasha Sloan and LANY from the ground up, using his expertise as a songwriter and executive producer to craft each artist’s individual and distinctive sound. Allen’s sought-after compositional background stems from his classical guitar training and over a decade of production experience. He first began making waves with beat cypher crew Team Supreme in Los Angeles, where he connected with Diplo and played a key role in shaping the crossover-pop sound of Major Lazer. His 2016 debut EP Don’t Stay Away allowed Allen to step into the spotlight as a solo artist. However, his 2017 follow-up For You was a precursor for the signature moody, electronic-influenced pop sound he is known for.

After a brief hiatus from his King Henry project, 2021 sees Allen ready to put himself front and center as an industry tastemaker in his upcoming full-length project (TBA). His skill in finding the future of pop and electronic music can be heard in his soon-to-released singles, all of which are accompanied by visual elements that allow audiences to peer behind the curtain of his creative vision. A notable artist with a story to tell, Henry Allen seeks to continue his legacy with his new music as King Henry.