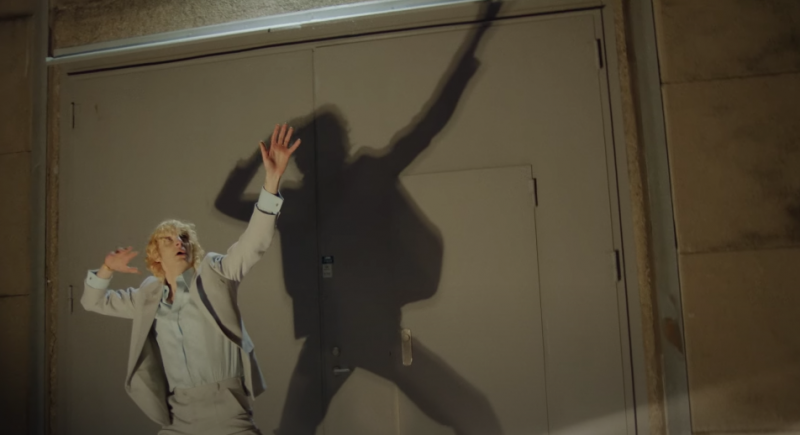 Jelly Crystal has released an enthralling video for his new single ‘I Don’t Like Dancing’ out now via Smuggler Music/PIAS.

The video, which premiered with DIY Magazine who hailed the track “a glam-rock bop”, is a retro sci-fi adventure through the streets of Stockholm, which finds Jelly Crystal taking over human souls with a combination of masterful mind control and epic dance moves.

Regarding the video Astro Film directors Lisa Pyk and Michelle Eismann say, ”We wanted to create a mysterious sci-fi with Jelly Crystal in the lead role as an alien from a distant galaxy. Dressed in human disguise in the form of a perfect suit, he dances a slow, mesmerising, life-threatening dance, walking around on the streets of Stockholm, collecting crystals that are inside human souls. When we wrote the idea, we were inspired by old sci-fi with fun trick shots interspersed with new age elements such as crystal healing.”

‘I Don’t Like Dancing’ is an upbeat jaunt through the Gothenburg native’s intoxicating glam-pop. Riding on funky piano keys and bass, calling to mind the likes of Alfie Templeman, it’s matched with a suave late 70s air of Thin White Duke Bowie influences while his wide ranging vocals call to mind the likes of Father John Misty and Jake Shears in equal measure.

Speaking about the single Jelly Crystal says, “It seems like I have no chance to create hits for kids, so this is for the rest of us. Especially for the really old people that have dance band music as their pick of choice. Also, I wanted to make it clear once and for all that I don’t like dancing, I just wanted to sound like a Swedish dance band.”

Jelly Crystal is the moniker of the Stockholm-based artist Filip Johnson. As Jelly Crystal he is the left-field glam rock street entertainer on the Sunset Strip, singing his heart out for nickels and dimes. It’s the music of the worn-out organ grinder on Yellow Brick Road and a wide-eyed kid in Wonderland. Innocence and decadence are never far from each other in his dazzling presence.

‘I Don’t Like Dancing’ is the first taste of a very exciting body of work out later this year from Jelly Crystal, which expands his musical reveries even further into the weird and wonderful.