Five Minutes With The Hummingbirds 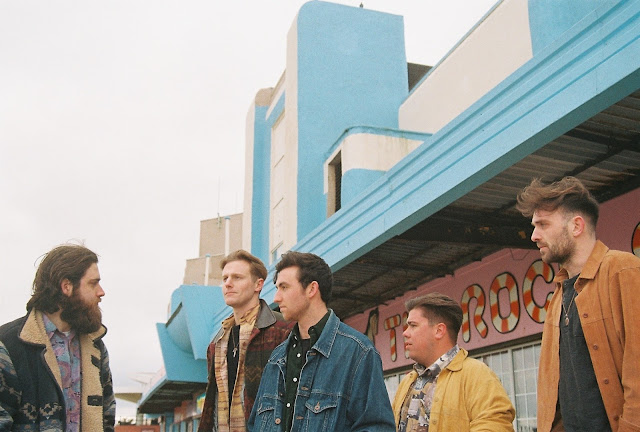 The Hummingbirds are a fun-loving acoustic rock group from Liverpool. With the recent release of their new album “Pieces of You” skirting the corners of American country rock while retaining their British edge. So we, y’know, got in touch.

Our hometown is Liverpool.

Tell us a bit about how you got started.

We started quite a while ago now. A few acoustic guitars on a sunny day led to quickly staggering into open mic nights across the city to test out our tunes. After that we recorded some tracks and I guess the rest is pretty much your standard gigging your bollocks off until you have enough people liking your stuff to start doing shows for yourself.

The dreaded question (for some): how would you describe your music?

I guess country rock is what we are going for but make of it what you will.

Can you talk us through your composition and production process?

We write our tunes when somebody picks up a guitar and puts together some chords that we all like. After that comes melodies, followed by lyrics. I made that sound easy. Sometimes it is and it just flows out of you really naturally. Other times we scream ideas at each other for a few hours before we decide that that track should be left to hang on the fridge. This usually occurs when Rich our drummer tries to throw in ideas.

What are your biggest musical influences? Are they all similar?

The Eagles
The Beatles
Ryan Adams

Can you tells us your top 3 favourite tracks ever? (Sorry, we know it’s tough!)

What would you say is the best show or set you’ve done so far?

The best show we have done so far would have to be one of our home shows. We played the Academy 1 in Liverpool to a sold out 1300. It was pretty special for all of us and something that we know we need to replicate across the country if we are going to be anyone. Exactly what Blossoms are doing now. (Great band).

Any funny or memorable moments you remember from backstage or on tour?

I guess one of the funniest moments on tour was skating around Norway on an bike with skis attached to it called a ‘spike’. Anyways we were in a small village where the festival Blafrost is held. We were floating around on these we thought that the village just had lots of them lying around for the festival goers to use. Turns out they actually belonged to people and we had been using them whenever we pleased and ditching them at places around the villlage. A lot of unhappy Spike owners!

If you could support one act, dead or alive, who would it be?

Does your inspiration usually come randomly or do you manage to summon it?

Very randomly. We find it very difficult to write when we actually force it.

Do you have anything exciting coming up that we should be looking out for?
We have a forth coming EP that should be released around April or May so you can look out for that and also a tour off the back of it. Lock up your spikes.